Cameras are an indispensable element of an effective safety program in an increasingly litigious environment for truck fleets. The Federal Motor Carrier Safety Administration recently acknowledged their importance by amending federal regulations to make it easier to install windshield-mounted “dashcams” in commercial vehicles.

So when Indiana-based Altom Transport learned its old hardware was approaching obsolescence due to this year’s ‘3G sunset,’ safety leaders moved fast to onboard new technology—and keep the cameras rolling. The only question was which system would best serve today’s drivers and the family-owned tank truck carrier; and like Bruce Oakley, Inc., last November and J&M Tank Lines in April, the indisputable answer for Altom and sister company Al Warren Oil was Netradyne’s Driveri vision-based camera system.

“At the end of the day, Netradyne gives us the best possible avenue to educate our drivers and empower a safer fleet,” said Dan Dziubczynski, safety director for Altom and Al Warren.

See also: Altom, Al Warren all in for industry ascent

“When we brought up this system to them, they were excited and thrilled, knowing that it works for both parties,” Piszczor said. “It works for them because they have a safer client, and can go out and shop the market more effectively.” And Altom and Al Warren can save on insurance premiums, avoid paying fraudulent claims—and establish the excellence of their professional drivers with indisputable video evidence.

“So having a best-in-class safety system only is growing in importance.”

For Netradyne, delivering best-in-class results required redefining the way in-cab video cameras are developed and deployed. Young says first-generation systems activated by negative “triggers” like hard braking already are legacy technologies that underserve next-gen fleet managers and their drivers. “The way we’ve been taught to improve driver performance and fleet safety is perfectly suited for a world that no longer exists,” he said.

Netradyne, founded in 2015 by CEO Avneesh Agrawal and CFO David Julian—both ex-Qualcomm research engineers—uses 360-degree, artificial intelligence (AI)-powered “computer vision” and “edge computing” to generate real-time alerts Young says are 98% accurate, making Driveri “smarter than a human” when it comes to promoting highway safety. “The way artificial intelligence learns is through data, but also there are certain calculations that allow us to expedite learning, and that expedited-learning function is similar to what Tesla builds into its self-driving systems, which allows them to learn so quickly,” Young said.

With embedded software analyzing the “entire driving day,” Driveri promptly calls out unsafe maneuvers and praises safe ones through “compound” audio alerts that consider multiple factors—an ability that pleases multiple parties. And Netradyne’s knack for making drivers happier while better protecting carriers is garnering plenty of attention. The startup secured a $150 million investment led by SoftBank last July, landed on Forbe’s AI 50 List in May, and won a Gold Stevie Award for new products and services in transportation in June.

“Our mission is to change the way humans and vehicles interact with the road around them by improving safety and performance with revolutionary technology,” Young said.

It didn’t take long to convince Altom’s leaders to sign on.

Purchasing manager Wally Piszczor initiated the search late last year, they equipped 12 “test” trucks in January, and committed to full deployment by March. “There are a lot of fleets that don’t get excited about safety cameras, ELDs, or other technologies, but many other fleets out there want to stay on the cutting edge because they see the growing results and benefits—and Altom’s definitely one of those fleets,” Young said.

A recent study from Together for Safer Roads examined drivers’ attitudes toward vehicle safety technology, what makes them reluctant to adopt in-cab cameras, and what can be done to positively influence perception. Their research revealed in-cab tech does improve safety (25% of respondents avoided a crash due to in-cab alerts, and 30% were exonerated based on in-cab footage), driver trust in technology increases with personal experience, and mangers can help accelerate adoption with transparency.

“Making technology work isn’t as simple as plugging a box into a truck,” said Noah Budnick, executive director at Together for Safer Roads. “It takes clear communication, coaching, and buy-in.”

Netradyne is helping Altom deliver on all three—and quickly win over its pro drivers.

Jerry Piszczor says he already knows his are on the best on the road. Driveri helps him prove it to customers, insurance providers, and the public, while also recognizing their professionalism. “If a driver is driving down the road and someone cuts him off … and our driver does the right thing and gets on the brakes, he earns a DriverStar,” Dziubczynski said. “So it provides that positive feedback. What I really like about it is, not only do I see it, but drivers have an app they can download on their phone where they can see it, too.”

Feedback is immediate and easily accessed by all stakeholders, and drivers also can review captured video—additional perks helping Altom convert its most skeptical owner-operators. And that endeavor is further boosted by visual indicators and an optional lens cap that ensure driver-facing cameras are turned off where allowed. “I consistently have drivers call from the highway and say, ‘Dan, pull this video and check out what I just saw,’” Dziubczynski said.

“So now they’re starting to rely on the system to help them out.”

Drivers talk to each other, and negative perceptions spread like viral videos on social media. By respecting their privacy, communicating clearly, and fairly balancing critiques, Altom can positively influence the conversation—and improve retention. Dziubczynski said they’re also looking into ways to use Netradyne’s scoring “to give our drivers extra cash just for doing what we expect them to do—be safe on the road.

“I’m a big believer in positive feedback,” he added. “It’s always better than negative feedback, so when we can bang that drum for what drivers do correctly to make our fleet safer, that’s far more effective than constant beatdowns.”

When it comes to transportation technologies that help carriers reduce their premiums, in-cab, driver-facing cameras offer the greatest utility, according to a recent report on the calculus of trucking insurance. “I’ve been in the dashcam camp for a decade,” Gary Flaherty, a senior VP at Nationwide Insurance who specializes in commercial vehicle risk management, told FleetOwner. “We have exonerated more drivers with the use of video recording systems. These are going to become standard fare really soon.”

Mark Murrell, president of CarriersEdge—which provides safety and regulatory training—concurs, saying underwriters “love to see dashcams.” And Jerry Piszczor contends high-quality systems “magnify the good,” and show drivers their managers care. “If someone hits us in a weird spot, and we can’t contest it, most likely—because we’re the ‘big, bad trucking company’—it’s our fault,” he said. “With this system, we have all the angles covered.

“There’s nothing worse than a fraudulent claim that gets paid out.”

By disproving fault, or avoiding accidents altogether, Altom can better control its rates—which already are high due to the federally mandated minimum insurance required for carriers of oil and hazardous materials—and invest the savings elsewhere. Netradyne estimates its fleet customers have reduced distracted driving by 60% and improved following distances by 76%—and 90% achieved better compliance scores.

Automated driver coaching, and customizable dashboards, alerts, and analytics allow managers to implement “high-touch” safety programs without inflating overhead, or taking up all their time. “There’s very little that has to be managed here by us,” Anderson said. “It’s not like we have people constantly watching the cameras.”

However, fleet managers can respect drivers’ space and defend against distracted or drowsy driving using a new “enhanced privacy mode” that allows AI analysis while inward recording is deactivated. “In-cab alerts provide quick micro corrections to risky driving, which is a real-time driver coaching element,” Young explained. “We didn’t want to lose that added safety, but we also wanted to provide the flexibility fleets desire.”

The DriveriHub enables up to four additional cameras, including the side cams. Altom hasn’t looked at trailer cams, which are a popular option with many fuel-hauling fleets, Young said. “Many of them want cameras focused on the valves, so they can check for errors or risky maneuvers as operators are delivering fuel,” he said.

Altom and Al Warren hired two “light-duty tech mechanics”—Jeff Gautreaux in Hammond, Ind., and Lance Turner in Pasadena, Texas—to handle Driveri retrofits as shop time allows, ensuring journeyman mechanics can focus on vehicle uptime. “All our facilities are fully stocked with Netradyne cameras, so they’re available as needed,” Anderson said. And that’s another Netradyne advantage. Fleets using competing systems are facing six- to nine-month lead times for new equipment, Young said. “Unlike many of our competitors in the industry, we made a conscious decision to make sure we have plenty of inventory this year,” he asserted. “So we’re able to roll out new product and get it deployed to customers very quickly.”

Jerry Piszczor said their initial investment of $500,000—which can be paid off over four years, amounting to a predictable line item added to their monthly profit and loss statements—is more palatable than paying out any monetary award. The American Transportation Research Institute’s recent study, “The Impact of Small Verdicts and Settlements on the Trucking Industry,” found the average settlement payout for cases without a fatality was $428,000; and business-crushing “nuclear verdicts” can exceed $10 million.

“The moment you prevent one accident, the system pays for itself,” said Young, pointing out that eliminating speeding violations also saves money.

A monthly, per-truck fee enables monitoring, the system is “future-proofed” with regular hardware and software updates, and ever-increasing integrations with top providers like Geotab, Isaac Instruments, and Trimble Transportation—Altom’s ELD provider—benefit all stakeholders. “We recognize our customers may have non-Trimble technology they rely on within their business,” said Kerri Tabor, Trimble’s principal product manager for core services. “So we provide a series of data services that allow third-party systems to develop integrations that foster a more automated workplace for the back office and the driver.”

For all those reasons, and more—including high-definition video that makes reading far-off license plates a breeze—Anderson said he would recommend Netradyne’s Driveri to anyone. “I can’t imagine why any fleet wouldn’t entertain the idea of sitting down and talking with Netradyne about their equipment,” he said.

“The cascading effects of reinforcing good behavior and empowering drivers to improve their own performance in real time are powerful,” Young concluded. “A lot of fleets will see reduced accidents or higher safety scores, and lower insurance costs and improved driver retention, and when you add all of that up, it boosts overall fleet performance—and ultimately results in increased profits.”

September 24, 2022
a Meaningful Journey of Engaging People into Change

a Meaningful Journey of Engaging People into Change

September 23, 2022
Tech industry a growing force in US economy for jobs, innovation and exports, study finds 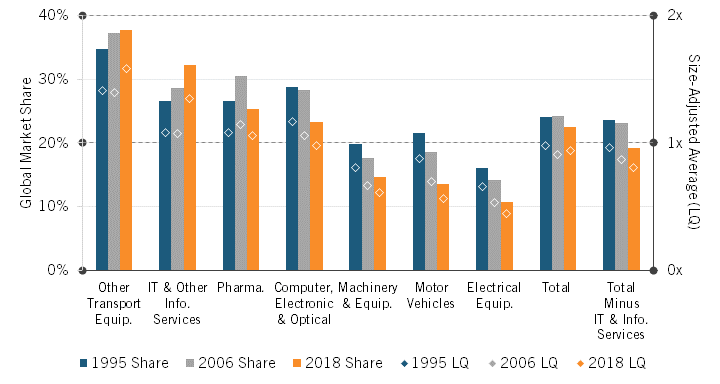 Tech industry a growing force in US economy for jobs, innovation and exports, study finds