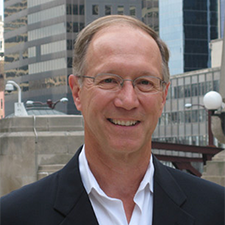 ShowingTime has a network of nearly one million agents across North America and facilitated more than 50 million showings last year. Its software is used by 370 Multiple Listing Services. The 225-person company also produces market reports.

Zillow will take advantage of ShowingTime’s technology for its Premier Agent business. The Seattle company said it plans to keep ShowingTime as an “open platform” available to anyone, much like it has with previous acquisitions including Dotloop and Bridge Interactive.

“The addition of ShowingTime to our suite of real estate technology solutions gives us the opportunity to accelerate a widely-adopted solution for the complexity of scheduling a tour,” Zillow CEO Rich Barton said in a shareholders letter. “ShowingTime’s technology already extends into the broader real estate industry, and we intend to grow its adoption by agents to the benefit of all industry participants and customers.”

ShowingTime is led by chairman and CEO Scott Woodard, who helped start the company in 1999. Woodard previously sold ZyLAB to a subsidiary of Battelle.

Zillow is acquiring ShowingTime as it continues to invest and grow Zillow Offers, its home-buying and selling service.

Zillow also announced its fourth quarter earnings Wednesday, beating estimates with $789 million in revenue, as the company benefits from a strong U.S. housing market that gained nearly $2.5 trillion in value last year, the most since 2005, according to the company’s analysis.