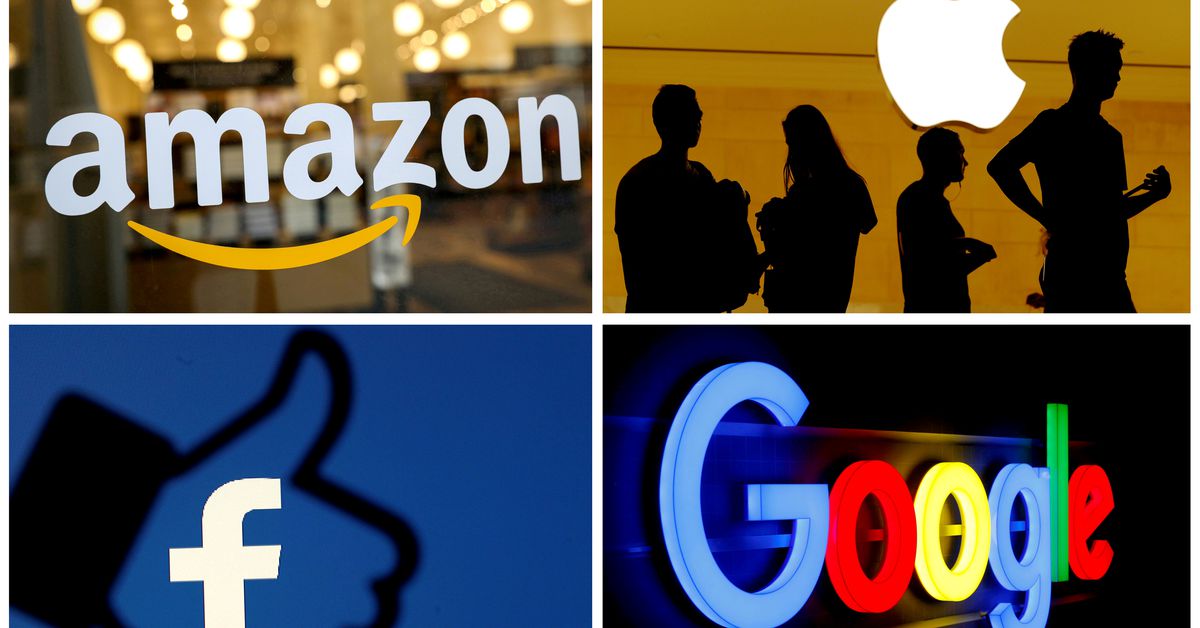 FILE PHOTO: The logos of Amazon, Apple, Facebook and Google in a combination photo

Shares in U.S. technology giants barely reacted on Monday to a landmark global minimum corporate tax deal agreed between the world’s richest nations, with analysts saying it will take the backing of low-tax nations to have any meaningful impact on the companies’ bottomlines.

Analysts say the tax deal wouldn’t hurt companies unless it’s agreed with tax-haven countries such as Ireland, whose economy has been booming with the influx of billions of dollars in investment from multinationals due to lower taxes.

“The details of the implementation are still to be ironed out and potentially further watered down,” said Marija Vertimane, senior strategist at State Street Global Markets.

Dublin, which has resisted European Union attempts to harmonize its tax rules, is unlikely to accept a higher minimum rate without a fight.

“I would treat the current proposal as a small positive for the market,” Vertimane added pointing to levies being lower than what was initially discussed.

“They might reduce the maximum they were trying to seek, which in general I would think would be a better thing for a lot of U.S. companies,” Tuz said. “The great majority probably do not operate outside the U.S. The large ones do, but plenty don’t.”

The G7′s proposals are seen targeting technology companies that sell services remotely and attribute much of their profits to intellectual properly held in low-tax jurisdictions.

“No G7 nation currently charges that low a rate and the details, including agreement from numerous smaller countries, require plenty of work.”