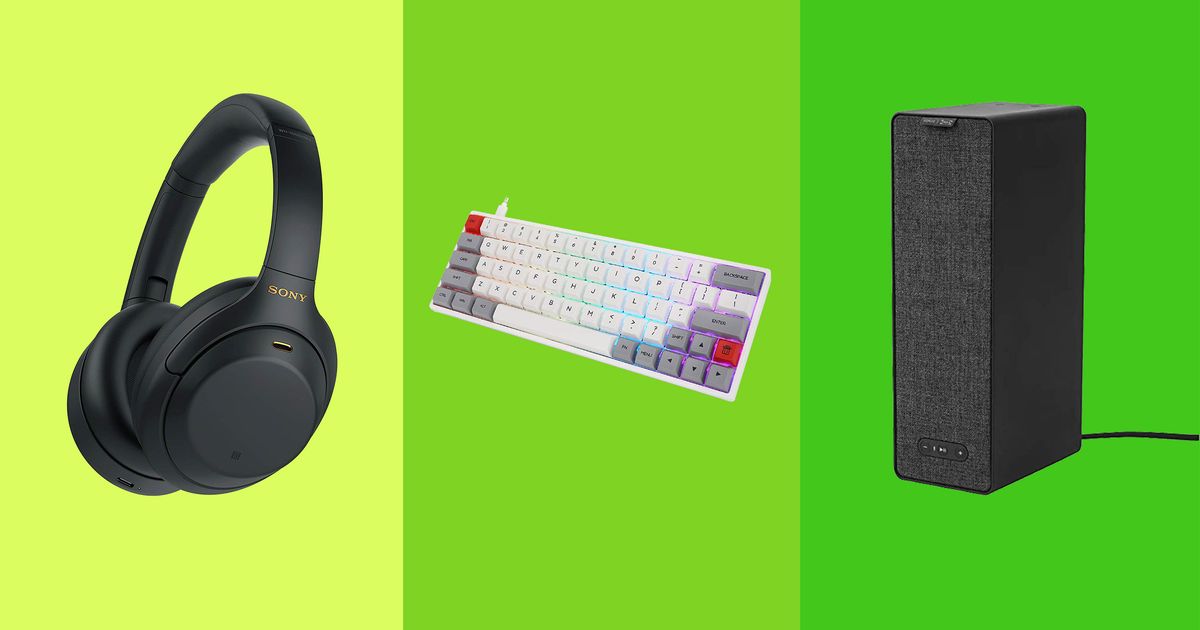 As a tech writer for the Strategist, Jordan Bowman covers everything from headphones to speakers to computers (and also happens to be interested in menswear and photography).

TikTok is famous for its viral pranks, endless wave of memes, and, for me at least, its ability to make an hour disappear by sucking you into a rabbit hole. There are unlimited niche topics to get lost in, but where I often find myself is #TechTok. These creators are constantly testing and recommending gadgets, everything from mechanical keyboards to GPUs to speakers to portable monitors to silly firework light bulbs. Not every product you come across is worth buying, but a few, like the self-sealing trash can Strategist senior editor Peter Martin kept seeing last year, just might deserve a spot in your home. To separate the good from the bad, we tracked down nine of TechTok’s most interesting creators and asked them one simple question: What is your favorite gadget?

“The gadget I use most often has to be the Sony WH-1000XM4 headphones,” says TikToker TonyTechBytes. “It’s a mouthful of a name, but it features the BEST active noise canceling I’ve ever tried, which is incredibly useful since I share a room with my older brother, who’s always gaming while I’m editing.” (When I tested noise-canceling headphones at the Strategist, I found the Sonys to be one of the best. My colleague, Louis Cheslaw, is also a fan.) “The sound quality is superb, and the over-the-ear cups fit my ears perfectly,” he says — so perfectly that they are even capable of blocking out some ambient sounds with noise canceling turned off.

For an easy way to improve both the look of your gaming setup and the sound quality, PhysicTater recommends Phanteks Mini Speaker, which he’s been using for over a year. “In the modern gaming world, RGB and sound quality are big deals,” he says. “But an even bigger deal is affordability.” These inexpensive speakers “not only look sleek and modern, they also have a really nice sound for watching a movie, listening to music, or even gaming.”

Spencer Campbell, a TikToker and creative copywriter who specializes in gaming, says this Ikea x Sonos collaboration, which can be set on a surface or mounted to the wall, is the perfect option for someone with a small budget and a taste for good sound. “Most quality speakers come with a bulky mess of cables, but the Symfonisk just plugs into the wall and connects to a variety of music streaming services through an app on your phone,” he says. “You go from taking it out of the box to listening to music in about 15 minutes. I’ve never had that experience with a speaker of this quality.” It integrates into the Sonos ecosystem, so if you already have Sonos speakers or buy more because you like this one so much, you can seamlessly connect them. “I’ve got two SYMFONISK speakers set up as rear speakers along with the Sonos Arc and a Sub, which has been a godsend with theaters being closed during lockdown. It even has tools that can listen to the way sound bounces around a room and adjust the sound accordingly.”

“The Lepow 15.6” 1080p portable monitor is super-underrated,” says TonyTechBytes, who has been using the laptop-sized display as his everyday monitor. One benefit, he says, is that “it’s easy to set up and small enough to move to the side for extra desk space” when he’s building a PC. Also, “with its USB-C connectivity, I can easily plug it into my smartphone and have a larger screen on the go.” Although he moved back to his parents’ during the pandemic, “I definitely plan on bringing it to my college dorm when COVID-19 safety measures are lifted and I move out,” Tony says.

Eric Vasquez is also a fan of portable monitors. The Twitch streamer and TikToker says he loves his Auzai monitor. “I can take it anywhere! It’s super light & takes up very little space,” he says. Although the monitor doesn’t have a carrying case, he often brings it to his friend’s house and, thanks to the cover, he hasn’t had a problem with scratches. Like the Lepow, this monitor has a 15.6-inch, 1080p screen. It works via USB-C or HDMI, so it can easily connect to a gaming console, laptop or tablet. Caleb Korthals of HardwareHelpPCs points out that portable monitors also make easy second screens. “I’ve had one for a number of months now. Instead of making smaller windows for multitasking, you can just drag a window over to your second monitor,” he says. “I can play a game, and watch a YouTube video at the same time.”

The click-clack sound of mechanical keyboards seems to be the soundtrack of every tech space on the internet. There are entire Reddit pages dedicated to switches (the mechanism that sits below the keycaps and registers your keystrokes), response times, the feel of the click, and the specific nuance of the clack. DoseofTech recommends a 60 percent compact mechanical keyboard called the SK64s and says it’s one of the best mechanical keyboards he’s ever tried. A 60 percent layout means it’s 60 percent as big as a full-size keyboard, using up every inch of its base to take up less space on your desk. It’s waterproof and dust resistant, with LED RGB backlights and durable Gateron optical switches that are easy to remove when you want to customize the keycaps. It’s also Bluetooth compatible, or you can choose to use a wired connection and not worry about battery life.

Izza Khan, a tech TikTtoker who runs Izzacodes, says switching from her MacBook keyboard to the Keychron K6 means “I feel like I can type at the speed of light — and get the satisfying clickity sound at the same time.” What she likes about the K6 is how easy it is to change out the switches and that you can rest it flat on your desk or set it at a more ergonomic six- or nine-degree angle. And when you pair the keyboard with your computer via Bluetooth, the battery lasts up to 200 hours. (Like the SK64s, it also has a wired option.)

After reviewing more than 100 different tech products for his followers, Gavin “BlazeTechnology” says the gadget he recommends most are these affordable LED light strips. (Here at the Strategist, we wrote about how LED light strips are popular among the Twitch community, the Tech YouTube space, and among TikTokers who were turning their ceilings into LED light clouds.) “When I first reviewed this company’s LED strips, they were just a start-up, and didn’t really have anything unique. Now they’re making some of the best RGB products out there,” he says. They make an easy and budget-friendly aesthetic upgrade to any setup.

get the strategist newsletter


By submitting your email, you agree to our Terms and Privacy Notice and to receive email correspondence from us.

The Strategist is designed to surface the most useful, expert recommendations for things to buy across the vast e-commerce landscape. Some of our latest conquests include the best acne treatments, rolling luggage, pillows for side sleepers, natural anxiety remedies, and bath towels. We update links when possible, but note that deals can expire and all prices are subject to change.