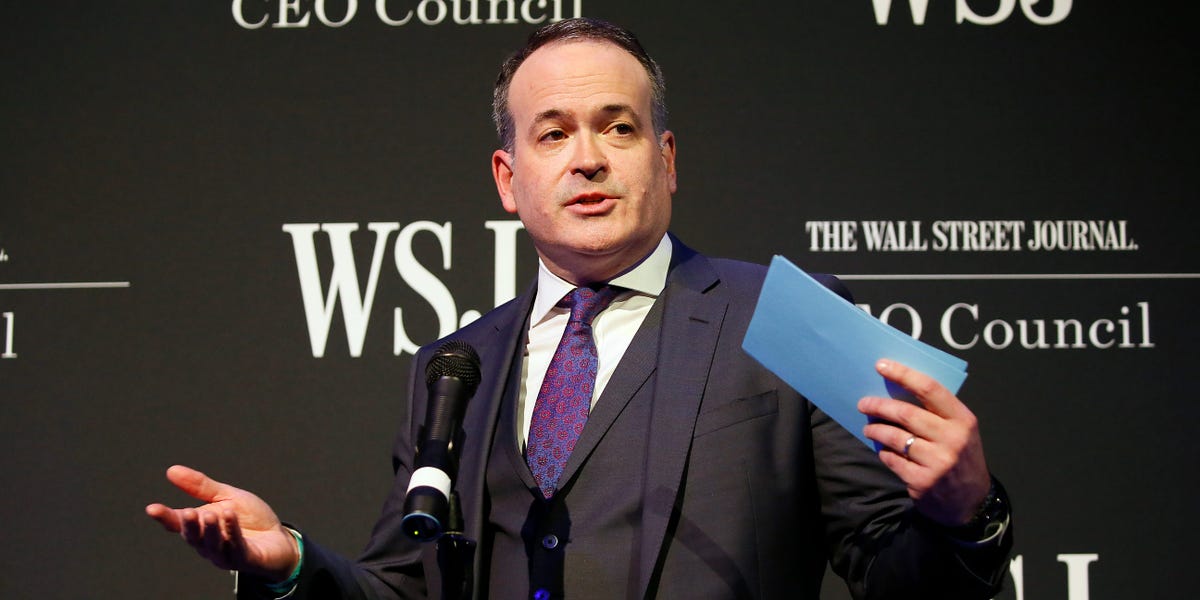 Every year, dozens of major websites publish essentially the same story — “What time is the Super Bowl?” — in a bid to collect search-engine-driven traffic ahead of the big game.

In February, an unlikely entrant joined this year’s competition: The Wall Street Journal.

The Journal has placed a number of service-minded, search-engine-optimized stories in front of its paywall over the past few months, including a state-by-state COVID-19 vaccination guide and a piece outlining what to know before investing in Bitcoin. It’s the kind of digital fare that is commonplace across the internet but relatively new for the 131-year-old newspaper.

But the push has received mixed reviews internally, Journal editor-in-chief Matt Murray acknowledged. Reporters on corporate beats, for instance, have been told they will be asked to work on more breaking-news stories about the companies they cover, increasing the frequency that they are expected to publish, one person said.

Some have welcomed the effort to be more competitive on generating traffic. Murray has responded to the pushback by saying that the Journal doesn’t have to sacrifice quality to improve its digital chops.

“There’s a little tension there, but that’s OK. That comes with change and growth,” Murray told Insider. “We can’t afford to have our head in the sand and do what we want to do as if it was the year 1990 and we were the leading business news print publication and there was no competition.”

The Journal’s new SEO strategy comes as the paper reckons with its position among competitors. A blistering internal report leaked to BuzzFeed News last year painted a grim picture of the organization’s digital business. It concluded that the Journal focused too much on “heavy readers” — older, often more wealthy business subscribers — but needed to draw in a younger and more diverse “light” readership in order to grow.

Louise Story, the paper’s chief news strategist and chief product and technology officer, has been in charge of the digital push. Story oversees the Journal’s Digital Experience and Strategy team, known as DXS, an in-house tech and product unit, and has worked with Murray and other newsroom leaders to develop the digital strategy.

That has meant the introduction of initiatives, including the launch of the self-help newsletters Money Challenge and Fitness Challenge.

Story told Insider that the pandemic made clear that readers want more service-oriented information. The Journal put up its first such post with coronavirus information on February 8, 2020. It has since made a list of “guides” on topics like searching for a job or how unemployment works. “We made all of these free in front of the paywall and we update them,” Story said.

Overall, the Journal brought in 63.8 million unique monthly visitors in January, up from 52.9 million in January 2020, according to Comscore.

“Top-tier publishers run the risk of over-prioritizing subscriptions and presenting a sort of ‘subscribe or bust’ choice for users that doesn’t work well with consumers accustomed to an abundance of choices,” said Ana Milicevic, a principal and cofounder of the strategy consultancy Sparrow Advisers. “The WSJ is showing that it doesn’t have to be so binary: good business-news products can be monetized in different ways.”

Meanwhile, as The Journal ramps up its digital-focused strategy, rumors have been flying internally about cuts. Murray said there have been a small number of “selective departures and retirements” recently, but that “there’s been no broader special effort underway on buyouts.”

The Journal is trying to lure in younger readers

The main takeaway from last year’s leaked internal report was that The Journal needed to find a new, younger audience to survive. “If we continue with churn, traffic and digital growth about where they are today — it will take us on the order of 22 years” to achieve the paper’s goal of 5.5 million subscribers, the report said. The paper had about 3.22 million subscribers as of its parent company News Corp.’s most recent earnings report, with digital-only subscribers at about 2.46 million.

As The Journal searches for new audiences, it is looking at ways to offer a more youthful, early-career jolt to areas like its personal-finance coverage, which has written more about topics such as student debt in a section of the paper historically known for high-income and retirement content.

“It’s probably fair to say that our personal-finance coverage, broadly speaking, was often aimed at people at a certain place in life and certain asset level,” Murray said. “We’ve recognized that we can write for that audience but also help the student who is looking for his or her first job, bank loan, or buying his or her first house.”

The publication has also sought to de-emphasize the importance of print over the past few years (it created a dedicated “print desk” in 2016). “They are now at the end of the chain, and we really actively culturally discouraged bragging about being on the print front page,” Murray said.

The Journal is also addressing how the paper covers race

The Journal’s internal report also found that the paper’s coverage of race, identity, and gender was lacking, and that a review of a sample of articles found that nearly two-thirds of people quoted were white. “Reporters self-censor and don’t suggest those stories enough. They’re worried about the scrutiny of how it will be written,” one editor said in the report.

Last month, Murray sent an email to staffers about increasing diversity in the sources quoted in articles: “The Wall Street Journal should properly capture the diversity of our society and speak to as wide an audience as possible,” he wrote in an email obtained by Insider.

Murray said The Journal also needs to do better on diversity in leadership roles. A Journal spokesperson declined to provide internal diversity figures. Last summer, The Journal named journalist Brent Jones as its editor for culture, training, and outreach.

“It’s one of the things that’s on my mind this year,” Murray said. “We’re not where we should be in terms of diversity. I would never talk about it in the context of feeling that the work is done.”

January 6, 2023
A 5-step framework to scale your content operations and SEO A 5-step framework to scale your content operations and SEO