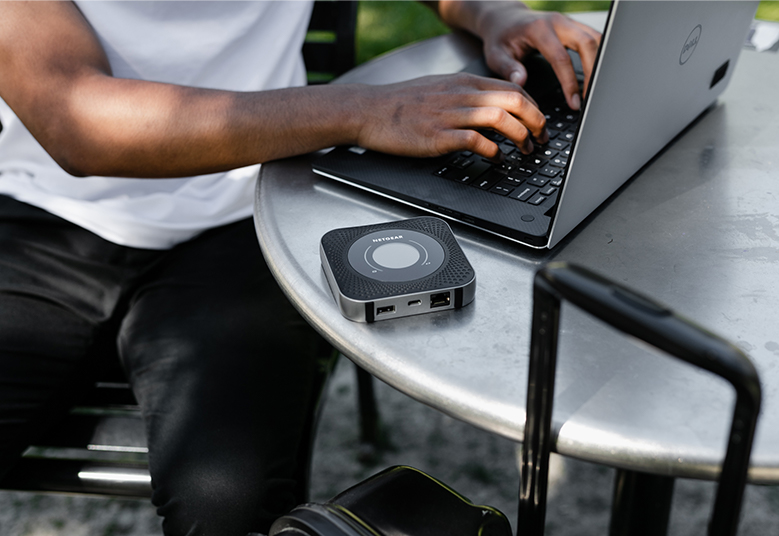 
Products featured are independently selected by our editorial team and we may earn a commission from purchases made from our links; the retailer may also receive certain auditable data for accounting purposes.

If you live in an area without broadband internet, but need speeds faster than dial up or DSL can provide, your best option is getting a mobile Wi-Fi hotspot.

This gadget receives the internet from a satellite via a SIM card (just like a smartphone), and creates a mobile Wi-Fi network you can connect to from your phone, tablet, computer, game console, or other internet-enabled gadget.

Mobile Wi-Fi Hotspots differ from traditional broadband internet connections in specific way: Many mobile internet plans have a monthly data limit, and charge penalty fees if you go over your allotment. You can avoid this by getting an unlimited data plan (if possible), shopping around for the best carrier deals in your area, or limiting bandwidth-intensive activities like video streaming.

That drawback is worth thinking about, but under the right conditions a mobile Wi-Fi hotspot can provide a similar experience to a standard broadband plan.

What Are the Best Mobile Wi-Fi Hotspots?

There are many factors to consider when choosing the best mobile Wi-Fi hotspot for you; below are the most important ones, which we considered while we were researching this list.

Carriers: Some Wi-Fi hotspots come “unlocked,” which means you can use them with any carrier network. This gives you the most freedom to find a plan that fits your bandwidth needs and budget. Other hotspots are tied to a specific carrier, which limits your choices but isn’t a bad option if you know that carrier works best for you. In some cases, a carrier may offer a discount or special offer if you add a hotspot to your existing smartphone plan.

Speed: If you get a strong connection, a Wi-Fi hotspot can provide similar speeds to a traditional cable internet plan. Your speeds will vary based on your location and signal strength, which may be impacted by everything from the weather to where you put it in your house.

Battery Life: A big benefit of Wi-Fi hotspots is their portability. All of our picks run on batteries, and will last at least 10 hours before they need to be charged.

Range: For the best performance, we recommend working as close to your Wi-Fi hotspot as possible. They don’t have the range of a typical Wi-Fi router, but you should still get great speeds if you’re in the same room.

Size: All of the Wi-Fi hotspots we’re recommending are less than a foot wide, and roughly half a pound. Finding the perfect spot for one in your house is easy.

International: Mobile Wi-Fi hotspots can take SIM cards from dozens of countries, which make this accessory a must-have for frequent travelers. 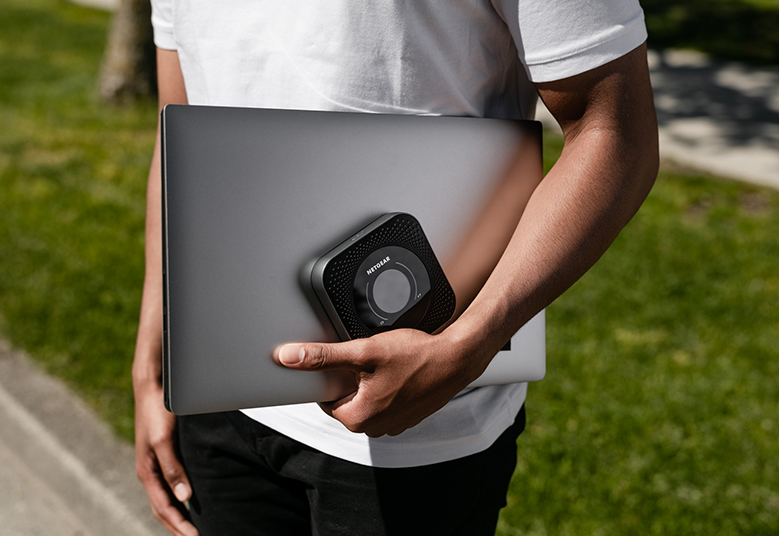 Netgear’s Nighthawk M1 is the most powerful, feature-rich mobile Wi-Fi hotspot, and the one to get if you want the best chance of replicating the experience of wired broadband internet.

This is an unlocked mobile Wi-Fi hotspot, and is compatible with SIM cards from every major U.S. cell carrier. Netgear says it’ll work best with AT&T and T-Mobile networks, but won’t work with older Sprint SIM cards (Sprint and T-Mobile recently merged, so this shouldn’t be an issue).

The Nighthawk M1 is capable of speeds up to 1Gbps (Gigabits Per Second) under optimal conditions. This level of internet speed would allow multiple people to stream 4K video simultaneously without interruption. Again, the speeds you get will depend on the mobile Wi-Fi hotspot’s signal strength.

Netgear says its battery can last “all day,” but doesn’t give any concrete metrics. One thing that helps the Nighthawk M1 stand out is its ports. You can connect a Wi-Fi router to its Ethernet port to extend the hotspot’s range, and a hard drive to its USB port to create a wireless server for videos and backed up files. 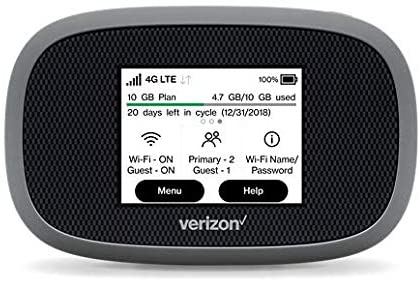 If you have excellent Verizon coverage in your area, you might want to consider the company’s Jetpack mobile Wi-Fi hotspot.

It’s tied to one carrier, but that’s its only limitation. Verizon doesn’t say what the Jetpack’s maximum speed is, but you should expect over 100Mbps (megabits per second) in optimal circumstances. That’s fast enough to stream video in HD, and more than enough bandwidth for the average video call.

Verizon says the Jetpack can last up to 24 hours per charge, and supports QuickCharge technology if you need to use it quickly. Those are solid specs for a mobile hotspot that’s 7.7 inches long.

This mobile hotspot has a USB port, so you can hook up a hard drive to create a wireless file server, but does not have an Ethernet port. The Jetpack’s has a VPN (virtual private network), though, which will obscure your internet traffic from advertisers and hackers. If you’re extra cautious about internet security, this is a great feature.

Verizon’s Wireless Jetpack is a great mobile Wi-Fi hotspot if you get excellent service from the carrier in your area. 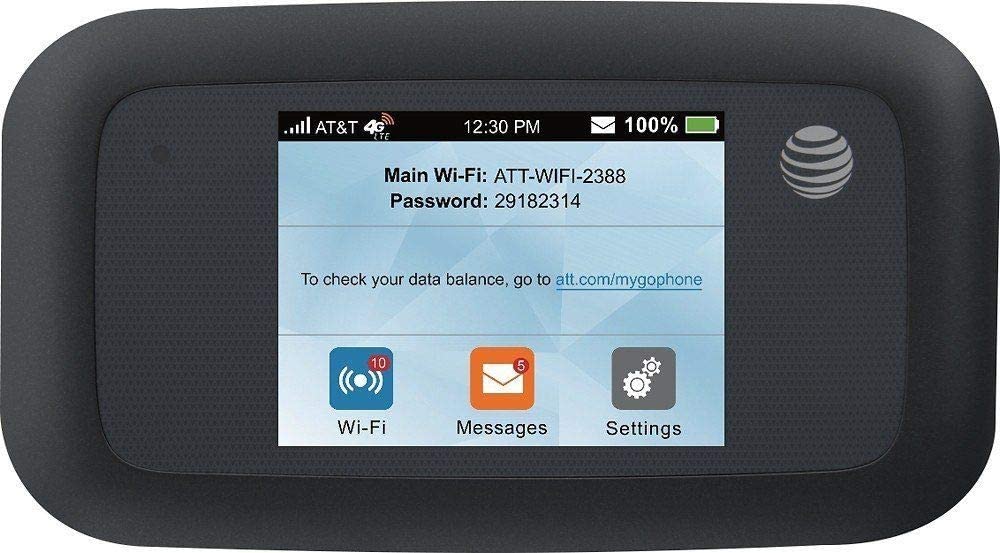 ZTE’s Velocity is our recommendation for AT&T and T-Mobile customers who need a mobile Wi-Fi hotspot.

The Velocity Mobile works on GSM networks, which means it won’t work on Verizon’s networks. But if you get a great signal from those networks, or have a preexisting mobile contract with them, this may be your best option.

ZTE says the Velocity can get speeds of up to 150Mbps, which is enough to stream HD video without buffering. It can last up to 10 hours on a single charge. If you’re worried about tech taking up too much space, ZTE’s Velocity is just 4.5 inches long.

While this mobile Wi-Fi hotspot is a little basic — it doesn’t have spare ports or a built-in VPN — it nails all the core functionality you’ll actually need and use on a regular basis. Current AT&T or T-Mobile subscribers should be happy with its performance.