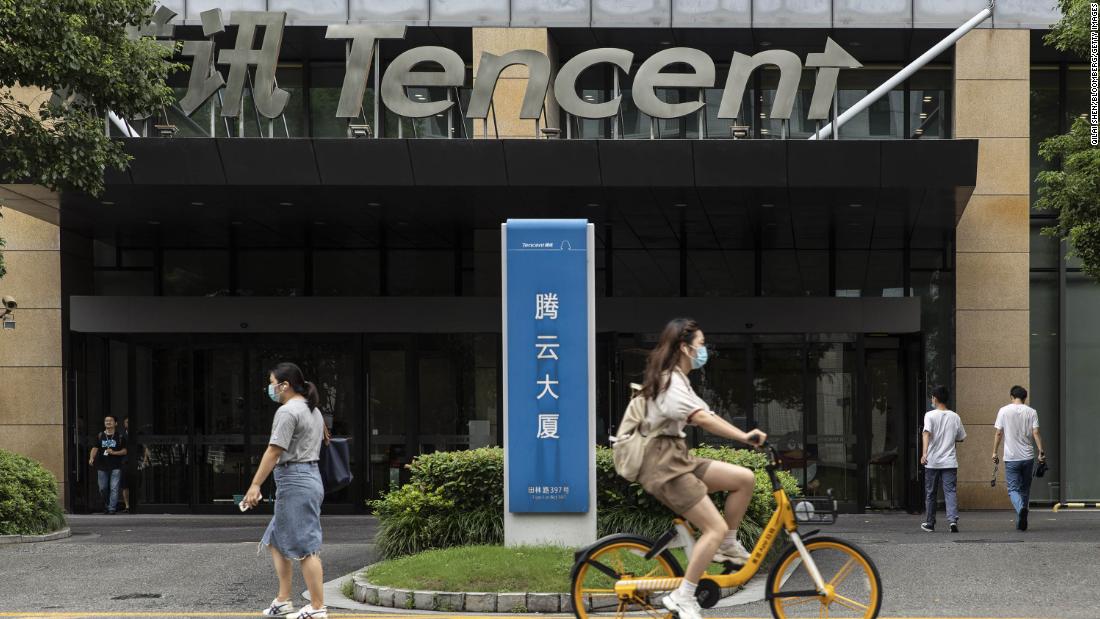 Tencent (TCEHY) reported results as the company and other Chinese tech firms are being rattled by Beijing’s historic crackdown on the sector.

Martin Lau, Tencent’s president, said Wednesday that “new regulations should be coming” in the near future.

“The regulators are very focused on identifying and rectifying industry misbehavior and also efficient regulations,” he told analysts during a conference call. “They emphasize compliance, social responsibility as well as fair and proper behavior.”

The internet giant has so far escaped the harshest scrutiny faced by peers like Alibaba (BABA), which this spring was slapped with a record $2.8 billion fine after regulators concluded that it had behaved like a monopoly.

But Tencent has still faced challenges. Last month, its market value plummeted after it was ordered to scrap its plan to acquire a music streaming player, China Music Corporation. Regulators cited competition concerns, noting that the Shenzhen-based tech giant has long been a market leader.

Tencent also briefly suspended new user registration for its popular messaging app WeChat in July in order to upgrade its security technology “according to relevant laws and regulations” — a decision that came in the middle of other regulatory scrutiny.
And the company announced new limits on the amount of time minors can spend playing the company’s online games earlier this month.

That statement came after a business newspaper owned by Xinhua News Agency — China’s official news outlet — published a lengthy analysis that used terms such as “opium” and “electronic drug” to describe the harmful effects of gaming on children. The article mentioned Tencent’s popular video game “Honor of Kings” as one of the games to which young people are addicted.

“I think that the key issue at this point in time is still the amount of time and the amount of money that the minors spend on games,” said Lau, who added that Tencent was looking at ways to curb the total time young people are spending on gaming, rather than limits on specific games.

Tencent’s sell-off even continued earlier this week, when it and other tech giants lost more than $50 billion in market value collectively after the government proposed sweeping new rules to further curb anti-competitive behavior among big internet firms.

Lau signaled on Wednesday that Tencent would seek to stay clear of trouble.

“There will be short-term uncertainties and there are a lot of new regulations that will be coming, but we are pretty confident that we can be compliant,” he said.

For Chinese Tech Stocks, No News Is Good News

The pandemic changed health care, and there’s no going back

The Tech That Will Invade Our Lives in 2022