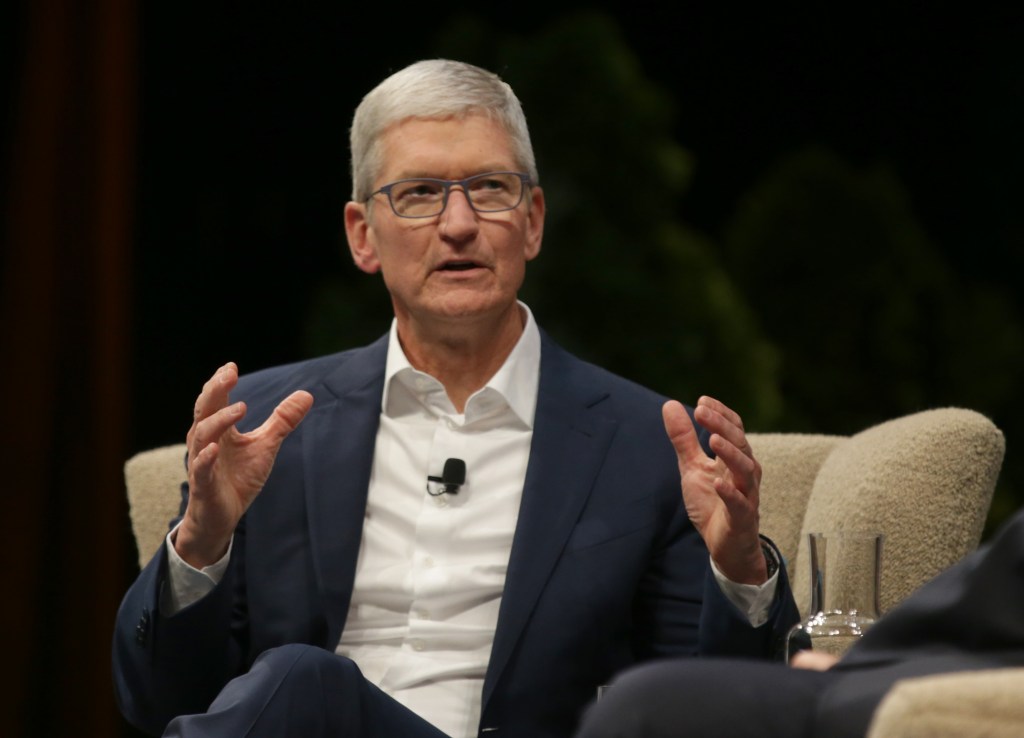 The lines have been drawn. Tech leaders no longer can sit on the sidelines, pretending they have no leadership role to play on the tech issue of our times: privacy and the consequences of non-stop exploitation of users for financial gain.

“If a business is built on misleading users, on data exploitation, on choices that are no choices at all, then it does not deserve our praise. It deserves reform. We should not look away from the bigger picture,” said Cook.

“At a moment of rampant disinformation and conspiracy theories juiced by algorithms, we can no longer turn a blind eye to a theory of technology that says all engagement is good engagement — the longer the better — and all with the goal of collecting as much data as possible.”

Cook did not mention Facebook or its CEO, Mark Zuckerberg, by name. But his target was clear when he said, “A social dilemma cannot be allowed to become a social catastrophe.” It was a direct reference to the 2020 Netflix documentary “The Social Dilemma”  that explored the dangerous impacts of online social networking.

For nearly a decade we have warned tech titans that a day of reckoning awaits if Americans’ trust in the industry continues to slide in the wake of scandals and missteps.

That day arrived Jan. 6 when rioters breached the Capitol. President Donald Trump ignited the violence, but social media sites were guilty of perpetuating the lies and misinformation that brought the protesters together.

Apple’s call for privacy is self-serving in that its latest operating system contains an App Transparency Tracker that puts Facebook directly in its crosshairs. But Cook is exactly right about privacy and data exploitation.

For too long the tech industry has looked the other way as Silicon Valley’s most prominent firms, most notably Facebook and Google, exploited customers while gobbling up billions in revenues. It’s a recipe for short-term windfalls and long-term disaster that would appall valley legends such as Bill Hewlett and David Packard.

The region will be best served if tech leaders and entrepreneurs heed Cook’s call to make “the future belong to the innovations that make our lives better, more fulfilled and more human.”