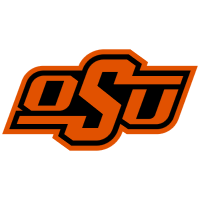 After recording five hits in the first two innings, the Red Raiders would record just one hit in the final three innings, while the Cowgirls tallied 12 runs on 12 hits.

It was the Red Raiders who struck first, plating two runs in the first inning after working a scoreless top half. Yvonne Whaley roped a leadoff double to right center to put a runner into scoring position early. A swinging bunt from Karli Hamilton put runners on the corners for Maddie Westmoreland who singled through the left side to score Whaley. Next, Arriana Villa doubled to left center to bring in Hamilton and put two runners in scoring position with one out. Both runners would remain stranded to end the first with Tech up, 2-0.

The Red Raiders had a chance to strike again the next inning after a walk from Breanna Russell and Whaley’s second double of the game put two in scoring position with one out. Cowgirl starter Kelly Maxwell was able to limit the damage, forcing a ground out and a line out to end the inning unscathed.

After two scoreless innings, the Cowgirls finally found some offense in the third inning pushing a couple of runs across to tie the game at 2-2. The first OSU run scored on a double to right from game one hero, Chyenne Factor. A ground out moved Factor to third for Hayley Busby who singled to left to plate the second run.

The Cowgirls took the lead in the top of the fourth off a solo home run from Reagan Wright to lead off the inning. Oklahoma State added on to the lead with a two-run home run from Chelsea Alexander to make it 5-2 Cowgirls. The Red Raiders made a pitching change, bringing in Morgan Hornback in relief of Erin Edmoundson who went 3.1 innings.

Oklahoma State busted things open in the top of the fifth, scoring seven runs on four hits to take a commanding 12-2 lead. Three straight walks loaded the bases for Karli Petty who hit a grand slam to straight away center to give Oklahoma State a 9-2 advantage. The Cowgirls scored three more on a home run from Alysen Febrey off Kamryn Caldwell, who replaced Hornback after the Petty home run.

Heaven Burton recorded the first hit since the second inning for the Red Raiders in the bottom of the fifth, but fielder’s choice and a pop up would end the game, giving Oklahoma State the series win.

Edmoundson (7-7) gave up five runs on seven hits to take the loss in the circle for Tech. The Red Raider pitching staff failed to strike out a batter for the first time this season.

Whaley went 2-for-3 at the plate with a pair of doubles, the second multi-double game for the junior this season.

Maxwell (12-1) earned the win for Oklahoma State, improving to a second-best 12 wins in the conference, only trailing teammate Carrie Eberle.

Up Next
The series finale is set for noon on Sunday at Rocky Johnson Field with Texas Tech still searching for its first conference win of the season.