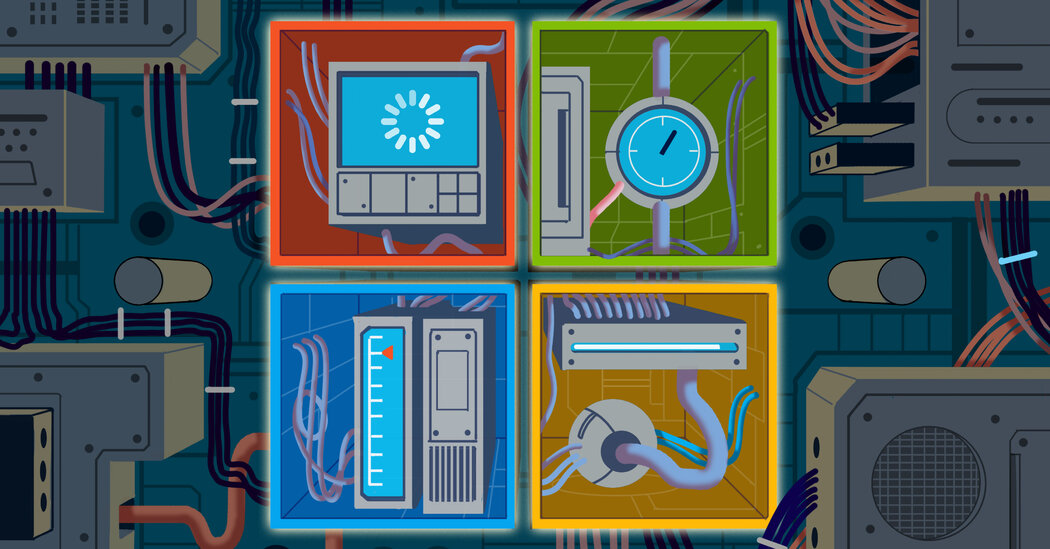 For tech reviewers, critiquing a new operating system is something of an absurd ritual.

It’s like being a professional house inspector who delivers a report that always goes like this: Here’s what you need to know about the home you are about to move into. Some parts are great, but there are major problems. You’re moving in anyway, though, so you’re going to have to learn to live with it.

That’s because operating systems are essentially where your digital life takes place. If you own a personal computer made to run Windows, you’re probably going to keep using the next version of Windows no matter how good or bad it is.

That’s how I felt as I tried out Windows 11, Microsoft’s first big operating system update in six years. The company has marketed it as a new start to Windows with a modern, people-centric design. (Not new is how tech companies constantly remind us that their products were designed for users, as opposed to being for my Labrador retriever.) The software will be a free update for many Windows personal computers this holiday season.

New to Windows are tools for productivity, like the ability to instantly shrink and reorganize windows, and support for mobile Android apps. Yet Windows 11 is ultimately an evolution. While there are improvements, parts of it feel frustratingly familiar.

I tested an early, unfinished version of Windows 11 for a week. There are some highs, like a design that makes the software behave similarly to mobile devices, and some lows, like the dated concept of widgets, which are essentially miniature apps that live inside a dashboard on your screen.

Here’s my inspection report summing up the good, the meh and the ugly.

Microsoft executives have called Windows 11 a new start to personal computing that centers on people. The corny wordplay was intended to highlight the biggest design change in Windows: The iconic Start button, which has traditionally been squeezed into the bottom-left corner, has shifted toward the bottom center. And no longer does the Start button load a list of settings and apps; it shows a folder of your apps.

This is the same interface we use on Apple and Android smartphones and tablets, which showcase a tray of important apps at the bottom center of the screen. Still, it’s a welcome change. The Start button in previous versions of Windows opened a laundry list of apps and settings that felt tedious to scroll through.

The most interesting new design change is a feature called Snap Layouts, which I loved. In the upper-right corner of an app, when you hover your mouse cursor over the maximize-window button, a grid opens up to show different arrangements that automatically shrink down or reposition the app.

So if you want to reposition an app window so that it takes up only the left side of the screen, you click on the corresponding icon to snap it into that position. That’s much quicker than moving a window and dragging a corner to the proper size.

Many additions to Windows 11, including support for Android apps, were designed to keep people in the flow on their machines, said Yusuf Mehdi, a Microsoft executive. When you order an Uber, for instance, you no longer have to pick up an Android phone to summon the car and can do it directly from the Uber app on the Windows machine.

Yet many of the new features didn’t keep me in the flow.

This all sounds good, but divvying up my life into separate desktop screens quickly felt irksome. Switching to a specific screen and looking for the right app to launch took much more time than using the search tool to quickly find and open an app.

Windows 11 also reintroduces the widget, a concept that Apple and Google operating systems have long used. Widgets are basically a lightweight app that always remains open, like a weather app, a calendar or a stock ticker, so that you can instantly glance at important information. To view widgets, you click a button that shows a drawer of all of them running side by side.

I never got into the habit of using widgets on any of my smartphones or computers because they feel superfluous — and it was the same with Windows 11. Widgets show a bite-size amount of information, like a truncated view of your calendar to show the current date and your next appointment. But whenever I checked my calendar widget, I ended up wanting to open my full calendar app anyway to see all my events for the month.

Microsoft plans to allow Windows 11 users to have access to Amazon’s app store for downloading Android apps. This was not available yet to test, but I predict it could bust your flow with widgets. Let’s say you love a great Android to-do-list app and add all your tasks in there. If the same app isn’t also available as a widget, you won’t be able to view your to-do list in the widgets dashboard. Why bother with widgets?

These are still early days, since Windows 11 is officially due for release in the holiday season and much about the software is subject to change. But one issue that is unlikely to change is that for security reasons, personal computers must, at a minimum, include fairly recent chips from Intel and AMD to install Windows 11.

That means millions of computers running Windows 10 on older hardware, including some that are a few years old, will not be able to run Windows 11. So at some point, those users will have to buy new computers to gain the stronger security benefits and new features in the operating system.

In other words, unlike past updates that have been free, Windows 11 may mean you have to pay for a truck to move into a house that feels quite familiar, with some new window dressing.