Synnex and Tech Data are merging in a technology distribution deal valued at $7.2 billion. The combined distributor, countering Ingram Micro, will have roughly $57 billion in estimated pro forma annual revenues and a team of over 22,000 employees.

The Synnex-Tech Data merger creates global scale — especially against Ingram Micro, which generated $47.2 billion in annual sales for 2019 (Ingram’s 2020 results have yet to be announced).

The combined Synnex-Tech Data business is expected to generate $200 million in “synergy benefits” within two years of the deal closing, but neither the distributors nor Apollo Global Management mentioned whether the synergies & cost savings will involve layoffs/staff cuts.

Update: An SEC filing from Synnex indicated that most of the cost savings will involve ERP and e-commerce system automation.

Among the key data points to understand, the combined businesses will support: 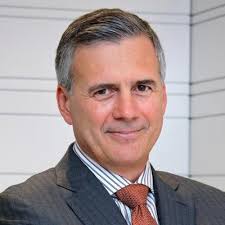 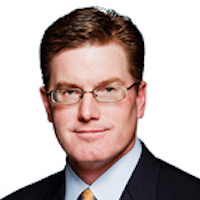 In a prepared statement about the deal, Synnex President and CEO Dennis Polk said:

“We are excited to partner with a world-class industry leader like Tech Data and believe that this combination will benefit all our stakeholders. This transaction allows for accelerated revenue and earnings growth, an expanded global footprint, and the ability to drive significant operating improvements while continuing to create shareholder value. We look forward to working with the talented colleagues at Tech Data and expect our combined business will create the opportunity for team members to produce the highest levels of service to our partners.”

“This is transformational for Tech Data, SYNNEX and the entire technology ecosystem. Together, we will be able to offer our customers and vendors exceptional reach, efficiency, and expertise, redefining the experience and value they receive. The combined company will also benefit from significant financial strength to invest in its core growth platform as well as next generation cybersecurity, cloud, data, and IoT technologies, which are experiencing explosive growth due to work from home and return to office trends. We could not have reached this milestone without the hard work of our colleagues, and we look forward to working together with the SYNNEX team to seamlessly bring our companies together and to create meaningful value for all our stakeholders.”

“When we acquired Tech Data, we saw the tremendous potential for transformative growth and long-term value creation.  This transaction will accelerate the momentum that was already underway by uniting two outstanding companies for greater scale and financial strength to lead the industry. We are excited to remain a part of the new company’s continued success.”

Meanwhile, Ingram Micro ownership also is in transition mode. Private equity firm Platinum Equity announced plans to acquire Ingram Micro from China’s HNA Group for $7.2 billion in December 2020. That deal is expected to be completed in the first half of 2021.

Once that deal closes, Ingram Micro CEO Alain Monié will continue to lead the distributor, and the company will remain headquartered in Irvine, California.

We’ll be watching to see how the pending Synnex-Tech Data deal potentially counters Ingram on a regional and worldwide basis.