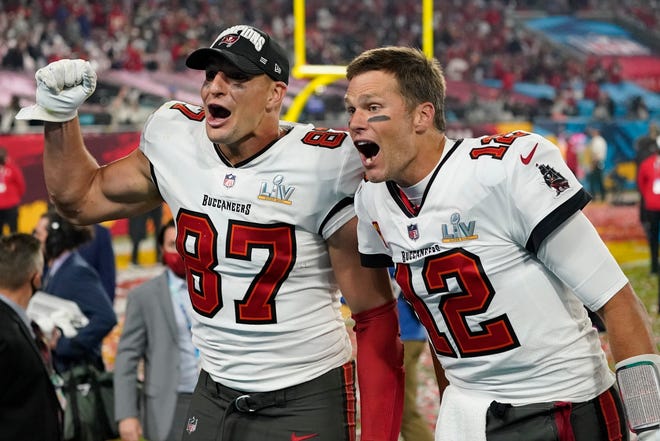 Last Sunday did not end well for Madden NFL 21 – the computer simulation from EA Sports that has been right more often than wrong in projecting the past 17 Super Bowls.

The official game enactment by EA Sports had the Kansas City Chiefs would becoming back-to-back champions, defeating the Tampa Bay Buccaneers 37-27 – with the Chiefs’ 10-point margin coming near the end of the fourth quarter.

In reality, the fourth quarter was scoreless. Super Bowl LV ended without the losing Chiefs scoring a touchdown, 31-9.

The computer program can take some consolation: Six NFL experts from the Sporting News were unanimous in picking the Chiefs. And last year, Madden got it right by picking the Chiefs to win with a fourth-quarter comeback over the San Francisco 49ers.

Also last year, Madden imitated reality by making Chiefs quarterback Patrick Mahomes the most valuable player. And it predicted Damien Williams and Travis Kelce would be responsible for touchdowns.

On Sunday, things started to turn badly for Madden’s projections about five minutes into the real Super Bowl. Kansas City scored first with a field goal. Madden had Tampa Bay making the first score with a field goal and Mahomes following “quickly with a 5-yard touchdown pass to running back Clyde Edwards-Helaire.”

In reality, the second score of the game was a touchdown alright – but by Bucs quarterback Tom Brady: An 8-yard pass to Rob Gronkowski. Tampa Bay would end the first quarter with a 7-3 lead – a lead it would hold for the entire game.

More:Gadget Daddy: First all-digital CES seemed a shadow of its former self

Meanwhile, Madden was predicting a lot of back-and-forth scoring action.

Suffice it to say Madden was pretty far off with the final quarterback stats. Mahomes did not throw for 422 yards (only 270) and did not have four touchdowns (0 instead). Brady passed for 201 yards (the program projected 332 yards), had three touchdowns (the program got that right) and had no interceptions (the program predicted one).

EA Sports, a division of Electronic Arts, began using its Madden simulation to predict Super Bowl winners in 2004 with Super Bowl 38. It has now predicted 18 contests with 11 winners (including the exact score of the Patriots/Seahawks game in Super Bowl 49).

For the past 10 Super Bowls, Madden’s record is 5-5. They might want to try flipping a coin next year.

Want a last-minute special something for Valentine’s Day? The Google Play store offers, for free, the Valentine’s Day Photo Frame 2021. Add your picture to Valentine-themed frames and stickers. The program provides Valentine quotes as well. It has a 4.9 out of five rating.

A similar program is available on the Apple app store: Valentine’s Day Photo Editor. It’s also free and has a 4.5 rating.