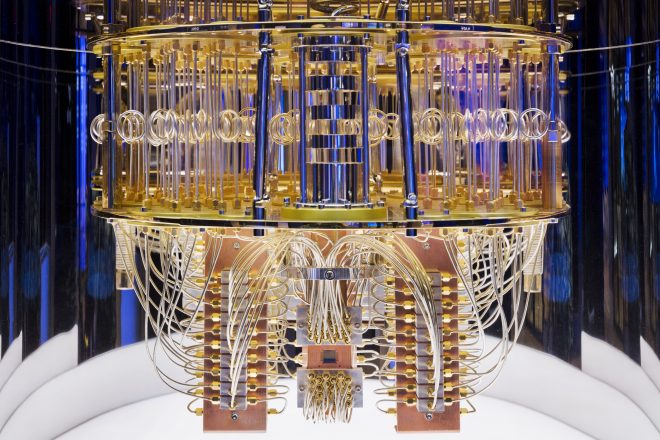 The following is the May 24, 2021 Congressional Research Service In Focus report, Defense Primer: Quantum Technology.

Quantum technology translates the principles of quantum physics into technological applications. In general, quantum technology has not yet reached maturity; however, it could hold significant implications for the future of military sensing, encryption, and communications, as well as for congressional oversight, authorizations, and appropriations.

Quantum applications rely on a number of key concepts, including superposition, quantum bits (qubits), and entanglement. Superposition refers to the ability of quantum systems to exist in two or more states simultaneously. A qubit is a computing unit that leverages the principle of superposition to encode information. (A classical computer encodes information in bits that can represent binary states of either 0 or 1, whereas a quantum computer encodes information in qubits, each of which can represent 0, 1, or a combination of 0 and 1 at the same time. Thus, the power of a quantum computer increases exponentially with the addition of each qubit.)

Entanglement is defined by the National Academy of Sciences (NAS) as a property in which “two or more quantum objects in a system can be intrinsically linked such that measurement of one dictates the possible measurement outcomes for another, regardless of how far apart the two objects are.” Entanglement underpins a number of potential military applications of quantum technology. Both superposition and entanglement are, however, difficult to sustain due to the fragility of quantum states, which can be disrupted by minute movements, changes in temperature, or other environmental factors.

The Defense Science Board (DSB), an independent Department of Defense (DOD) board of scientific advisors, has concluded that three applications of quantum technology hold the most promise for DOD: quantum sensing, quantum computers, and quantum communications. The DSB concluded that quantum radar, hypothesized to be capable of identifying the performance characteristics (e.g., radar cross-section, speed) of objects—including low observable, or stealth, aircraft—“will not provide upgraded capability to DOD.”

Quantum sensing uses the principles of quantum physics within a sensor. According to the DSB, this is the most mature military application of quantum technologies and is currently “poised for mission use.” Quantum sensing could provide a number of enhanced military capabilities. For example, it could provide alternative positioning, navigation, and timing options that could in theory allow militaries to continue to operate at full performance in GPS-degraded or GPS-denied environments.