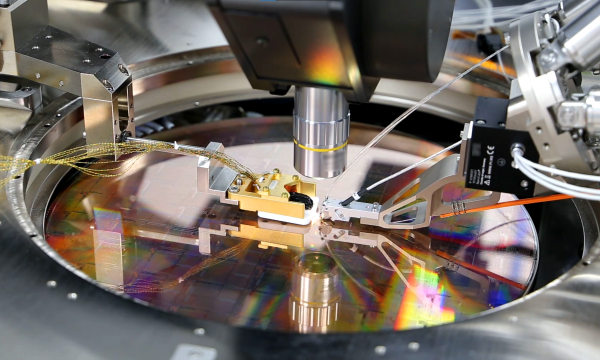 It has been over a year since I wrote about PsiQuantum. Its bold prediction at that time was that it would build a million-qubit fault-tolerant photonic quantum computer within five years.

PsiQuantum was founded in 2016 by British professor Jeremy O’Brien and three other academics, Terry Rudolph, Mark Thompson, and Pete Shadbolt. Like the origin of many quantum computer startups, the concept of PsiQuantum’s core technology was born in a university research lab, in this case at the University of Bristol. In 2009, O’Brien published a research paper that described how encoded photons of light could be used to perform quantum computations.

While classical computers use magnetic bits for computation, quantum computers use quantum bits called qubits. There are a variety of technologies used to make qubits. For example, IBM and Google use manufactured superconducting qubits, while Honeywell and IonQ use ions of natural atoms for qubits. There are two main types used for photonic computers, squeezed light, and single photons. PsiQuantum uses single photons as qubits for its quantum computer.

Each hardware technology has its own set of pros and cons.  Photon qubits are attractive as quantum devices for several reasons:

O’Brien and his team have never expressed an interest in building small NISQ computers as stepping-stones to a larger one.  PsiQuantum’s singular vision is still to build an error-corrected million qubit quantum machine that could use tens of billions of gates on hundreds of logical cubits.

O’Brien’s goal is ambitious and one worthy of understandable skepticism. Nevertheless, PsiQuantum has held firm to its objective. Since its founding, the company has accumulated $215 million in funding, which has allowed it to grow from a few employees to a sizeable technical staff of more than 100 people. It has also invested heavily in a technology that has a potential path to that goal.

A year ago, I privately gave PsiQuantum a near-zero chance of achieving its million-qubit goal in five years.  I based my belief on the fact that I had no prior history with PsiQuantum.  Nor had it publicized any of its progress or created a small demo machine using a few photon qubits. I wasn’t alone in this belief.

In the interim thirteen months since the article was published, PsiQuantum has maintained relative silence. Other than a few academic presentations, there has been little news about the company.  However, I’ve been in business long enough to know that no news does not necessarily mean no activity. This week’s news about the company has caused me to reevaluate my opinion.  PsiQuantum may be on the right technology track.

The stealth manufacturing process of Q1

Both Moorhead and I were surprised to learn that PsiQuantum and Globalfoundries had been in a private partnership since 2017. The two companies have been quietly collaborating on a significant quantum project that could profoundly affect the entire quantum ecosystem.

For four years, engineering teams from both companies have been working side-by-side at the Globalfoundries’ New York fabrication facility. The teams’ purpose was to develop processes to accommodate the unique features and functions necessary for the future production of PsiQuantum’s yet to be built massive photonics quantum computer called Q1.

A tenet held by the PsiQuantum team is that the only practical path to a million-qubit machine is one that fully leverages the semiconductor industry. Peter Shadbolt told Moorhead that the PsiQuantum team chose Globalfoundries because of its reputation as a tier-one fabrication facility and also because it is a major player in silicon photonics.

According to an article written by Moorhead, Globalfoundries may hold 10{51a8f47ed26b62794f5b3aaed8601076d65294f6278e23b79b91f33f521836ea} of the global photonics foundry market share. “Back in 2015, Globalfoundries purchased IBM’s Microelectronics business adding over 16,000 patents and applications, experience, and expertise in the development, design, and manufacturing of semiconductor technology. Along with it, the company gains access to the silicon photonics know-how that has been incubating for over 10 years through IBM’s research efforts in RFSOI (RF Silicon-on-insulator), which its silicon photonics would eventually be based upon.”

Anthony Yu said that because of its relationship with of PsiQuantum, Globalfoundries had achieved manufacturing milestones unique to quantum computing. It is now building single-photon detectors and high-performance optical switches. Additionally, it has demonstrated special materials that operate at a few degrees above zero Kelvin.

Yu also characterized the teaming effort as a win-win for both partners. “The incremental features created for the quantum computer are in addition to our existing base process,” he said. “At the same time, it has improved our R&D by virtue of new materials. I think some of the materials and processes developed for PsiQuantum will become part of the foundry process for other fields. But right now, it’s a very synergistic marriage between PsiQuantum’s unique requirements and our 300-millimeter manufacturing process.”

Initially, PsiQuantum tried manufacturing its chip using a boutique 200-millimeter fabrication facility. However, the process produced inferior photon detectors with rough channel surfaces that could hamper scaling the chip to a million qubits. Realizing 200-millimeter fabs was not the answer, PsiQuantum switched to Globalfoundries, one of three tier-one fabrication facilities on the planet.

PsiQuantum & Globalfoundries proves it can be manufactured

PsiQuantum believes that the manufacturability of its technology is one of the keys to its success. It has taken the first step that proves silicon photonics for quantum can be manufactured in scale. To date, Globalfoundries has processed over a thousand PsiQuantum 300-millimeter wafers containing a 25 layer stack. Building such a wafer is an extended process that takes over 500 process steps to manufacture it.

Proprietary production and manufacturing equipment dedicated to PsiQuantum’s fabrication was installed in two of Globalfoundries’ 300mm fabrication facilities. The Q1 silicon photonic chips with interferometers, splitters, and phase shifters, will be produced in New York. The electronic control chips, similar to CMOS ICs, containing about 750 million transistors, will be manufactured in Dresden, Germany.

In 13 months, PsiQuantum has covered much ground. It is much further along than most people realized, including myself. The combined efforts of PsiQuantum and Globalfoundries are impressive.  Still, there is a lot more to be done before it is proven that a fault-tolerant million-qubit quantum computer can be built. Admittedly, it appears that O’Brien and the team may have chosen the fastest path to make such a machine. By the middle of the decade, PsiQuantum and Globalfoundries hope to create all the manufacturing lines and processes needed to begin assembling the final quantum machine it envisioned.

Note: Moor Insights & Strategy writers and editors may have contributed to this article.