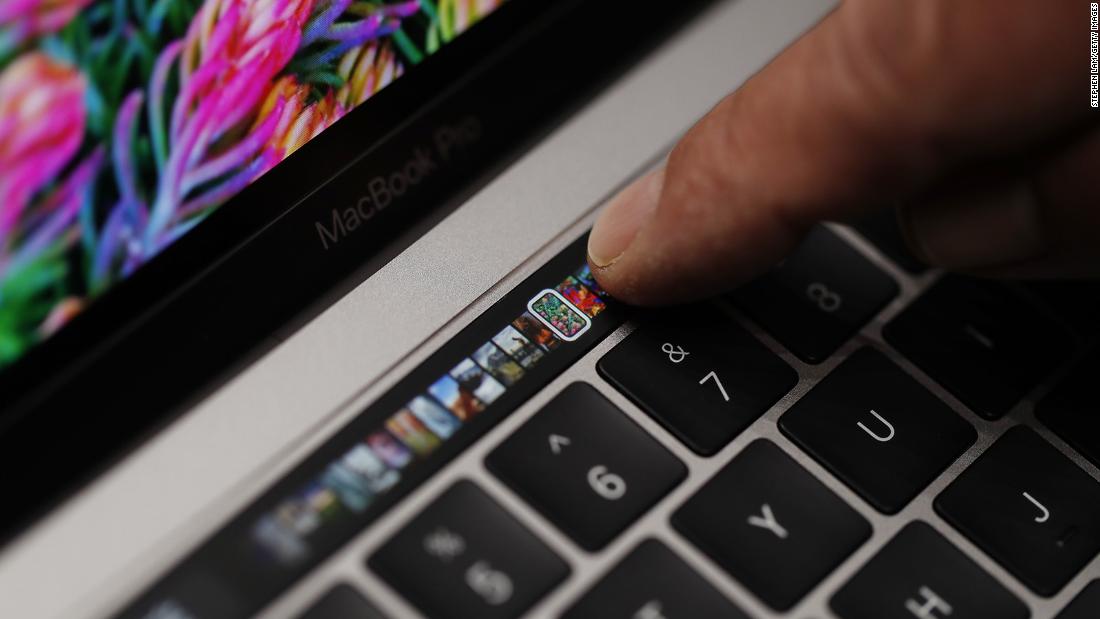 While the MacBook Pro design hasn’t changed significantly in five years, Apple will eliminate its digital Touch Bar, according to a January memo from Ming-Chi Kuo, a top Apple analyst with TF International Securities. CNN Business translated the memo from Chinese.

Apple first unveiled the Touch Bar on the MacBook Pro in 2016. It’s a small rectangular OLED touchscreen that replaced the row of function keys at the top of the keyboard. Its digital interface includes other features like text prediction and shortcuts. Apple app developers are able to make software to take advantage of the touchscreen’s capabilities.

Apple fans are divided on how they feel about the Touch Bar. Some love it for the ease of use, but others miss the physical buttons it replaced.

Kuo’s memo predicts that the Touch Bar is going away in two 2021 MacBook Pro models, a 14-inch laptop and a 16-inch laptop, and that the old physical buttons will return. Apple didn’t respond to a request for comment.

“Apple might not have seen as much demand, and of course, the added cost then becomes an issue for Apple when it is not seen as a value to the user,” said Milanesi. The lower demand also “limited the level of interest from developers, which in turn, limited how useful the bar could be.”

The Touch Bar’s controversial legacy was clear from its introduction in 2016.

“When Apple first unveiled the Touch Bar, reception was quite polarized,” said Linn Huang, research vice president of devices and displays. “Many were confused by what problems it was intended to solve and wondered how developers would integrate it into their software experience.”

Fans eager for a MacBook with touch screen capabilities weren’t satisfied by the Touch Bar either — they expected a full touch screen, said Huang. But loyal fans “found the Touch Bar to be a nice addition to the vaunted Apple user experience.”

Both Milanesi and Huang expect Apple to release a touch screen MacBook again in the future. Once that happens, “history will remember the Touch Bar as a momentary half-concession between Apple and its loyal fans,” said Huang.

Reflecting on the Touch Bar

Mark “Soldier Knows Best” Watson, a tech YouTuber with more than 800,000 subscribers, said that the Touch Bar “was a complete change to something that we all have become accustomed to.”

While it helped Apple “visually modernize” the new MacBooks, “sometimes the uniqueness of the Touch Bar could cause you to have to do a couple of key presses instead of one like on a traditional keyboard,” he noted.

If Apple hadn’t replaced all physical function keys with the Touch Bar, it might have been less controversial, he said.

Those function keys were likely “baked into muscle memory” for some Mac users and the Touch Bar is not nearly as reliable, he said.

“Maybe I’m old school, but I’d like them to keep it simple,” he said. “A good keyboard without any special tricks. That’s always a winner.”