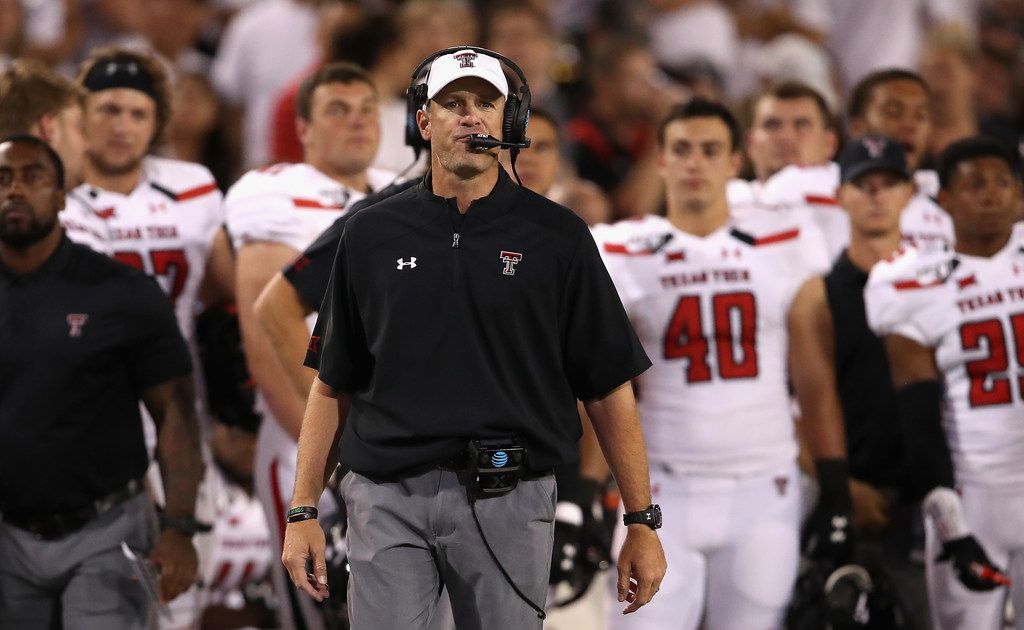 With Texas Tech already having its nonconference lineup set, the 2021 football schedule became complete when the Big 12 Conference announced its slate of games Thursday.

Ever since the second wave of Big 12 realignment in 2012, when Texas A&M and Missouri left for the SEC and West Virginia and TCU took their places, Tech has been tasked with a rigorous road schedule every other year.

In every odd-numbered year since 2013, the Red Raiders have had to travel to play Texas, Oklahoma and West Virginia on the road. Additionally, as of 2019 with Tech and Baylor not renewing their contract to play games in AT&T Stadium, the Red Raiders also add a trip to Waco into the mix.

The one bonus for Tech is that the other road game in those years is to Lawrence, Kan., to take on longtime conference bottom-dweller Kansas. However, the Red Raiders were unable to survive the trip in 2019, losing a road game to Kansas for the first time in program history.

Since the new rotation of home and away games emerged in 2013, Tech has gone 7-10 in road conference games in odd-numbered years. The Red Raiders are 4-9 in those games against teams not named Kansas.

No bye until Week 10

Between Aug. 28 and Nov. 6, the Red Raiders will not have a Saturday off.

Tech’s season opener against Houston on Labor Day weekend kicks off a stretch of nine straight games without a break to start the season.

The conference awarded Tech two byes for the season, Weeks 3 and 10, but the Red Raiders already had a nonconference game scheduled for Week 3 against Florida International.

As of now, the Big 12 Championship Game is slated for Dec. 4, which is Week 14 of the NCAA football schedule. This means each team will get 13 weeks to play 12 regular-season games.

The Red Raiders’ bye is scheduled for the weekend of Nov. 6, giving them additional time to prepare for Big 12 contender Iowa State, which visits Lubbock on Nov. 13.

There will be plenty of chances to see Tech play in the Lone Star State.

In addition to six games taking place at Jones AT&T Stadium this fall, the Red Raiders will play three road games in the state of Texas.

The season starts off in Houston on Labor Day weekend at a neutral site. As part of the annual Texas Kickoff, the Red Raiders will face off against the Cougars in NRG Stadium, home of the Houston Texans. The Red Raiders previously took place in this event in 2018, falling to Ole Miss 47-27.

Three weeks later, the Red Raiders will take a trip to Austin to meet Texas on Sept. 25. Tech is 2-1 in its past three games in Austin after losing the previous eight at Darrell K Royal-Texas Memorial Stadium.

The Red Raiders will close out the regular season in Waco, visiting McLane Stadium for just the second time. The first time, Tech lost to Baylor 33-30 in overtime in the infamous “illegal snap” game.

Before that game in 2019, the Bears and Red Raiders played 10 straight neutral-site contests in the Dallas-Fort Worth Metroplex.