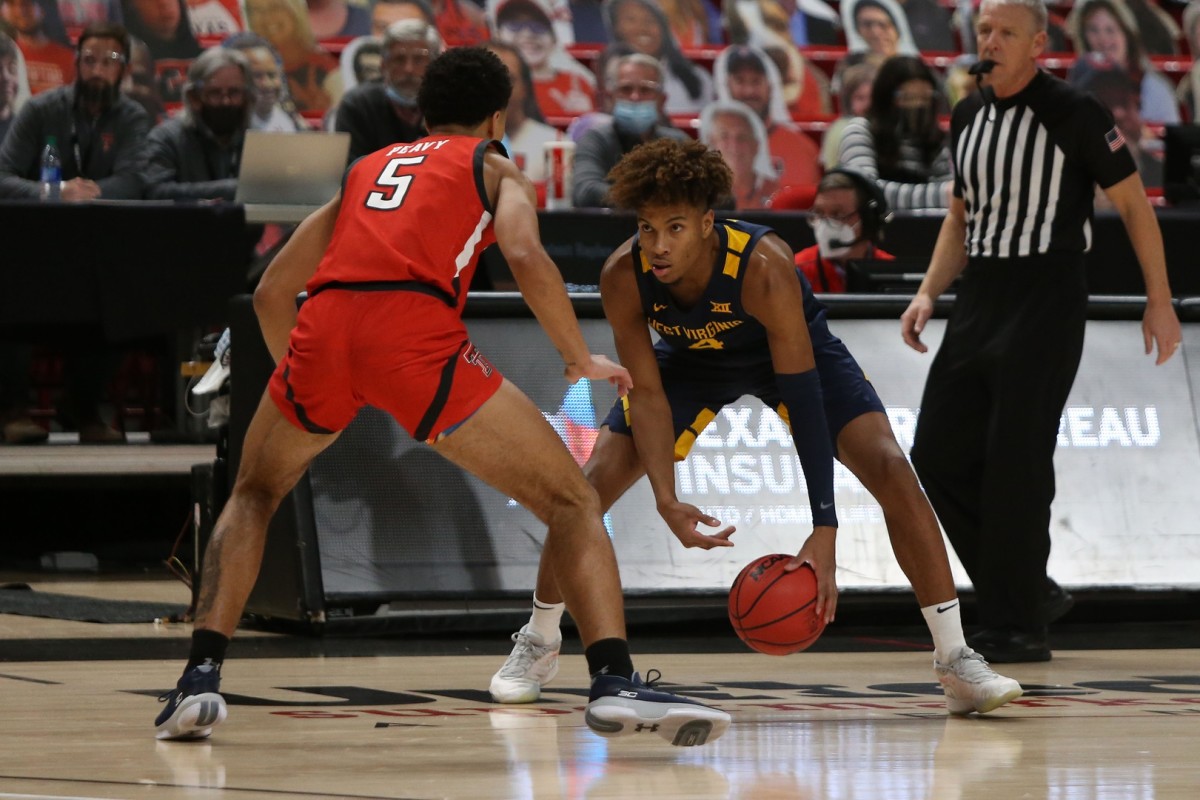 The first 20 minutes of Tuesday night’s game saw a lot of fouls being called which disrupted the flow of the game. With that said, both teams still put up a ton of points in the first half while struggling on the defensive end of the floor.

Sean McNeil got West Virginia going with a mid-range jumper to get the scoring started and three minutes later McNeil hit his first three-pointer of the night to give the Mountaineers an early 13-5 edge.

Texas Tech fought back with an 11-1 run to take their first lead of the night on a corner three from Mac McClung. During that run, West Virginia took a huge blow to their lineup with guard Miles McBride picking up his 2nd foul just nine minutes into the game. The Mountaineers were already a little shorthanded coming into the game as Taz Sherman (groin) did not play.

With Sherman out and McBride in early foul trouble, West Virginia needed someone in the backcourt to elevate their game. The guy the answered the bell? Sean McNeil. Once McBride exited the game, McNeil notched eight points including converting two from deep. He led all scorers at the break with 15 points.

McBride got himself caught a hot hand early in the 2nd half picking up six quick points and another three from McNeil pushed the Mountaineers’ lead out to nine. Derek Culver picked up a pair of fouls in a 40-second span which sent him to the bench with four fouls, putting head coach Bob Huggins in a tough spot.

With Culver off the floor, Texas Tech attacked the paint and chipped away at the lead. Micah Peavy cut the deficit to just one on a thunderous slam bringing the crowd to their feet and giving momentum to the Red Raiders. On the following possession, Tech took the lead as McClung drove hard to the basket for the easy lay-in.

McBride regained the lead for West Virginia by knocking down a three at the top of the key off an inbound play. Peavy tied it back up for a brief 30 seconds as Jalen Bridges drained a three-pointer to get the Mountaineer lead back to three, 63-60.

At the four-minute mark, McBride cleared everyone out and was looking to drive the paint but things closed up quick so he pitched it out to McNeil who swished a tightly contested three off-balanced as the shot clock expired.

Derek Culver extended the lead to seven as he got great position under the basket, laid one in, and fouled out Marcos Santos-Silva with three minutes remaining. Culver hit the and one at the free-throw line making it a 71-64 game in favor of the Mountaineers.

Texas Tech took advantage of Emmitt Matthews missing a pair of free-throws by hitting a three on the other end by Terrence Shannon Jr. to cut it to 71-69 with 1:39 left in the game.

On West Virginia’s next possession Matthews drove the ball to the bucket and drew contact but no foul was called. The ball was credited to the Mountaineers with two seconds on the shot clock and before the ball was inbounded, McClung picked up his 4th foul by holding Jalen Bridges. Bridges knocked down both at the line and West Virginia was able to get a stop on the other end of the floor. McClung picked up his fifth foul as McBride was bringing the ball up the court to help put the game away.

West Virginia will be back in action on Saturday as they return home to host No. 12 Oklahoma at 1 p.m. EST.