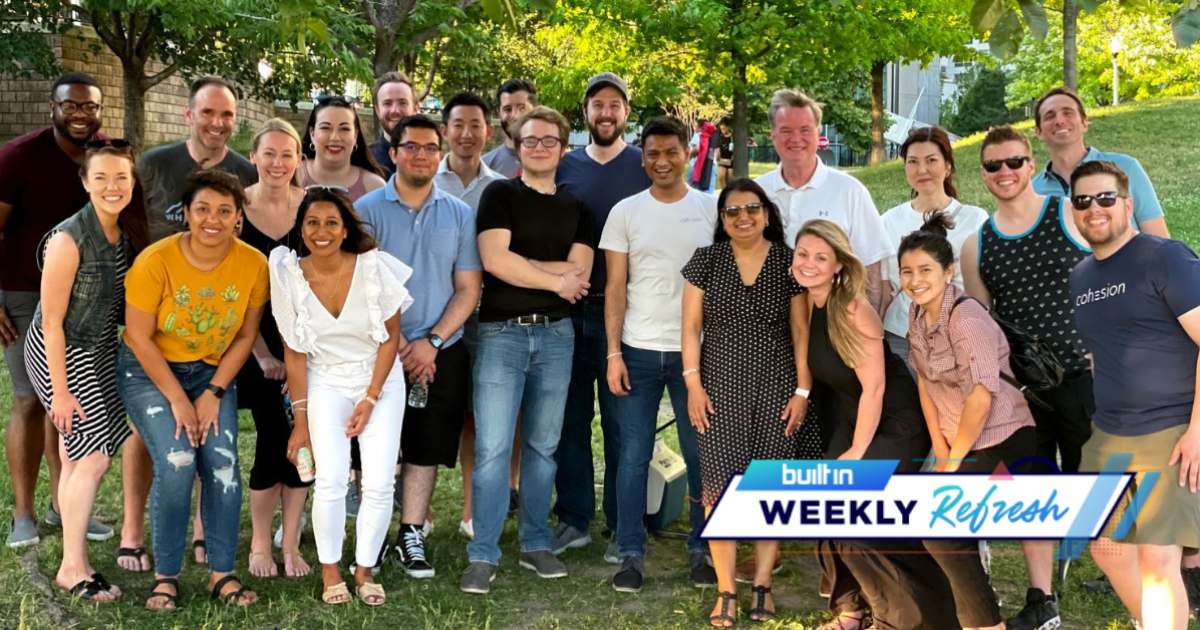 Chicago companies are gaining recognition and reaching new heights. Keep reading to find out what these tech companies are up to following last week’s announcements. This is the Chicago weekly refresh.

CHICAGO TECH QUOTE OF THE WEEK

“Bringing the power and promise of autonomous technology to commercial real estate is more critical today than ever before. As a leader in this emerging space, we have the technological capability to connect disparate systems and use big data to make buildings more transparent, healthier, engaging and sustainable. Investing in technology that ensures commercial real estate is a positive contributor to our world is central to our company ethos.” — Thru Shivakumar, Cohesion CEO and co-founder

Cohesion gained $15M. The Series A funding round was co-led by Morgan Stanley Next Level Fund and Hyde Park Angels. Cohesion is known for its smart building SaaS platform, helping commercial buildings integrate disparate systems. The funds raised will be used for marketing and product expansion. [Built In Chicago]

Logik.io gained $10M. The seed funding round was led by High Alpha with Salesforce Ventures also participating. Logik.io is an add-on to tech giant Salesforce’s CPQ platform, which helps other companies gain accurate pricing information for product configurations. The funds will go towards product development strategy. [Built In Chicago]

Six Chicago companies made the Deloitte 2021 Technology Fast 500 list. The report from Deloitte ranks the fastest-growing technology companies in North America based on their revenue growth over the past three years. Out of the 500 companies listed, six Chicago-based tech companies made the cut, including Built In, Simplify Healthcare, LogicGate and Shipfusion, not name a few. [Built In Chicago]

Are third generation earbuds worth the upgrade?