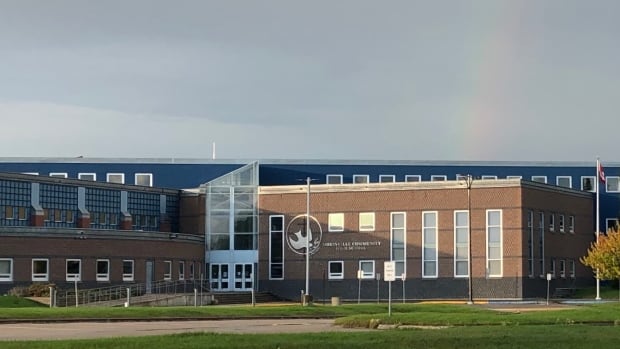 “We’re the only small rural school in the country to run this kind of program and that’s pretty exciting,” MCHS principal Don Hinks said.

The program goes well beyond a basic computer class. Rather than learning how to just use a program, by the end of their time students will have the skills to design their own programs, games or code for any number of purposes.

Along with the advanced skills they learn, students are also able to earn university credits through the program.

“When you see those kinds of things on an application it really makes the [evaluator] sit up and take notice,” said Hicks.

The program has doubled in size going from 10 to 20 students this past year. This fall the program has 30 students registered. Hinks wants to continue to expand to meet student demand, which actually drove the creation of the program.

“Over my five years here as principal there was a huge request from a number of students to bring some kind of program to the school that encompasses that coding piece,” Hinks said.

Coding is a major part of the program focus along with some robotics and graphic work.

Daniel Pietraszewski has been teaching at MCHS for six years and has taught the class for the past two years.

“It’s not just design or playing games or anything like that,” Pietraszewski said. “It is widely known as the fourth science in addition to physics, biology and chemistry.”

Pietraszewski spent a week in Toronto training to teach the course but also had a natural interest in technology in general, which Hicks said made him a natural fit.

But Pietraszewski said even he has been learning along with the students over the past two years.

“With some of these students they have been coding since they were five years old and they have so much experience,” he said.

He said the students’ enthusiasm for the course has been surprising.

“In some classes I’ll have students who are looking at the clock waiting for the end of the day. In computer science, I actually have to say ‘the bell has rung, it’s time for you to go,” Pietraszewski said.

Davry Armstrong said he originally took the course just for the credits but has now become one of those students lingering around after the bell.

“I learned that I actually really do enjoy doing this and working with the code,” Armstrong said. “I want to make a career out of this at some point in his life.”

The Grade 12 student plans to apply to the military after graduation and hopes to work with security technology.

“Once you get an understanding of it it’s very easy to create something that you could create just by drawing but you create it by writing out a line of code,” he said.

“It’s a different form of creativity.”