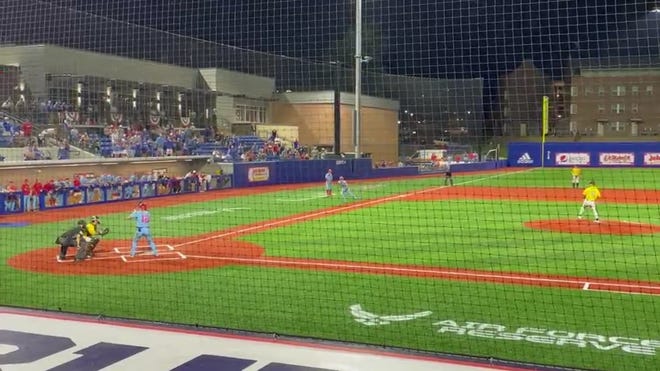 The NCAA, which released a list of 20 preliminary sites earlier this month, announced the final 16 hosts Sunday night. The complete tournament field will be announced at 11 a.m. CT Monday on ESPN2.

Louisiana Tech (40-18) has never hosted a regional and has made only eight NCAA appearances, most recently in 2016, when it lost the regional championship to host Mississippi State.

MAKING A STATEMENT:Louisiana Tech’s wins over No. 1 Arkansas, No. 4 Ole Miss ‘makes statement’

According to college baseball analysts, Louisiana Tech and Southern Miss battled for the regional that ultimately ended up in Ruston. After USM’s win over Tech in the winner’s bracket of the C-USA Tournament on Friday, projections showed the Golden Eagles hosting.

But after the Bulldogs had back-to-back walkoffs against Southern Miss in two games on Saturday to advance to the conference championship game, the prediction flipped back to Louisiana Tech.

Louisiana Tech lost 7-5 to Old Dominion in 10 innings on Sunday.