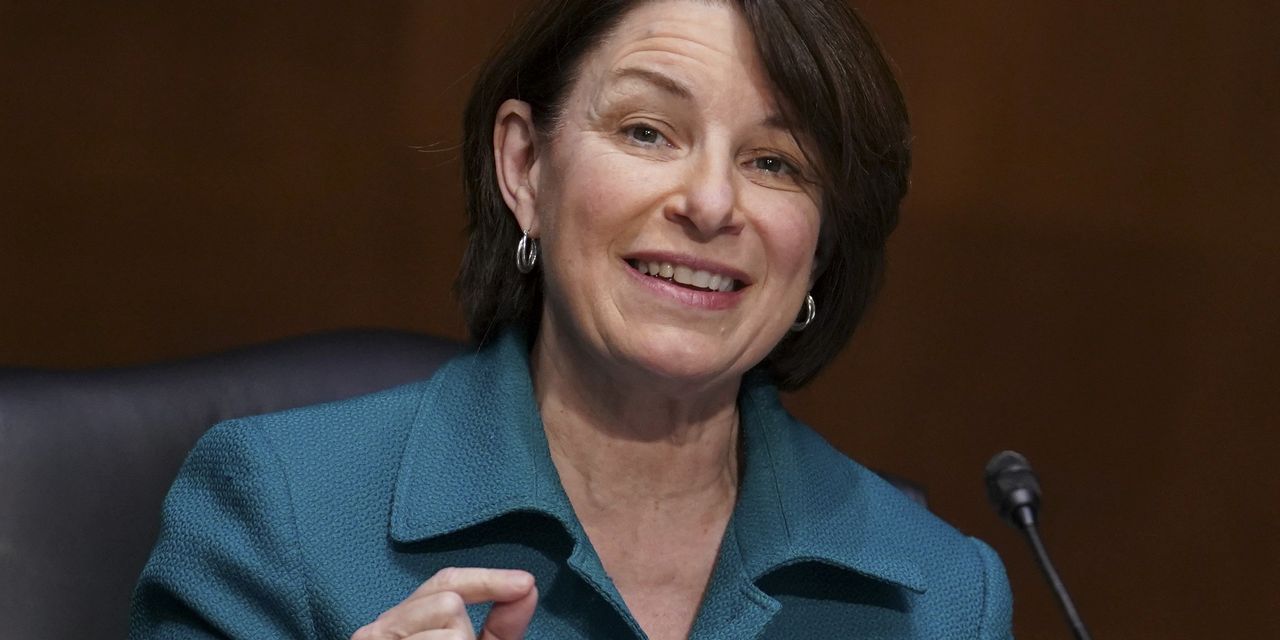 WASHINGTON—Sen. Amy Klobuchar (D., Minn.), the incoming head of the Senate antitrust subcommittee, will propose broad changes to U.S. antitrust laws Thursday as the newly Democratic-led Congress begins to press the issue of perceived monopoly power in technology and other industries.

The senator plans to introduce legislation that would bar companies that dominate their sectors from making acquisitions unless they can prove their deals don’t “create an appreciable risk of materially lessening competition,” according to a draft from Ms. Klobuchar’s office. Now, the burden is on the government to prove a merger substantially lessens competition.

The proposals will likely face headwinds. Republicans didn’t sign on to many of the ideas when Ms. Klobuchar floated them during the previous session of Congress, and businesses including big technology companies are expected to oppose a significant rewriting of antitrust laws.

Ms. Klobuchar is hoping that Democrats’ control of the Senate will improve odds of passage, and she will seek to build momentum through a series of legislative hearings focused on monopoly power.

“We have an increasing monopoly problem, really headlined by what is happening with tech” but also extending across the economy, Ms. Klobuchar said.  “Our laws have to be as sophisticated as those that are messing around with competition,” she said.