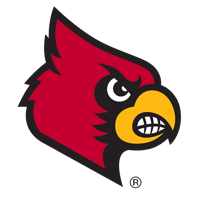 The Hokies improve to 14-4 overall and 8-3 in the ACC and the ‘Canes fall to 7-11 overall and 3-10 in conference play. Tech wins its second overtime contest this season (81-73 vs. Villanova). Tech is now 6-0 against the Hurricanes when ranked and has now swept the season series against Miami.

Justyn Mutts had an all-around performance as he recorded a season-high 22 points along with seven assists and nine rebounds. Tech had strong offensive performances from all over as four other Hokies reached double figures in scoring including forward Keve Aluma (16) and guards Nahiem Alleyne (10), Hunter Cattoor (14) and Joe Bamisile (11).

The Hokies really shared the rock against the ‘Canes as they dished out 25 assists which is the most Tech has recorded all season. Mutts registered a career-high seven assists and Aluma tied his career high with five. Guard Wabissa Bede added five assists and Bamisile tallied three which is his career high.

The Hokies’ forward Aluma continued where he left off last game against Pitt and hit a jumper to get Tech on the board. Aluma then scored the next five giving him all of the Hokies points to put them up 7-6 with just under 13 minutes left.

It was back and forth action throughout the first with neither Miami nor Tech gaining a strong lead. With just under three minutes to go in the half, Mutts finished off the euro-step and Aluma nailed a jumper to put Tech up 27-22. The ‘Canes hit back-to-back 3-pointers to get within one possession. With just seconds left in the first, Mutts was fouled and made both from the line to send Tech into the break with the 31-28 lead.

With just over 10 minutes left in the game, Bede hit the triple from behind the arc, and then Bamisile came up with the steal and finished the tough layup to put Tech up 55-48. Mutts scored back-to-back buckets to give the Hokies their largest lead at 59-48.

The Hurricanes caught fire and went on a 10-0 run to get back into the game and even tied the contest at 66-66 with just under three minutes left. After trading buckets throughout the rest of the second Miami took a 74-71 lead after a late 3-pointer with just two seconds remaining. Off an out of bounds play, Cattoor drilled a buzzer-beating triple to send the game to overtime at 74-74.

In overtime, tied at 76-76, Alleyne nailed a floater with 25 seconds left to put Tech up by two. After a stop on the defensive end, Cattoor then made two clutch free throws to give Tech the 80-76 lead and lift the Hokies to victory.


On how the players bounce back from losses:
“Maybe they are too young to understand what’s going on. Good teams don’t lose two games in a row,” Tech coach Mike Young said. “Good teams find ways to hang in there and continue to keep their shoulders back and get on the practice floor and improve. I think it speaks to their character. Like I’ve said, these are great dudes. I have got the best guys that care. Competing is a big deal to them. You know we came back Thursday and got our tales handed to us, they outplayed us. They are able to keep their heads high and wipe the slate clean and move ahead and not look behind. I think they are doing a nice job at that after wins. Could we point to the internal leadership of Bede and Aluma? It’s something and it’s a great quality to have within the unit.”

– Aluma had 16 points which marks his 15th game this season scoring in double-figures.

– Tech had 27 points off its bench which marks the ninth time this season the Hokies have had 25 or more points off the bench.

– Cattoor tied his season-high in 3-pointers made with four and reached double figures in scoring for the fourth straight outing with 14 on the day.

The Hokies will return to Blacksburg for an outing with Louisville (11-4) on Saturday, Feb. 13 at noon inside Cassell Coliseum.