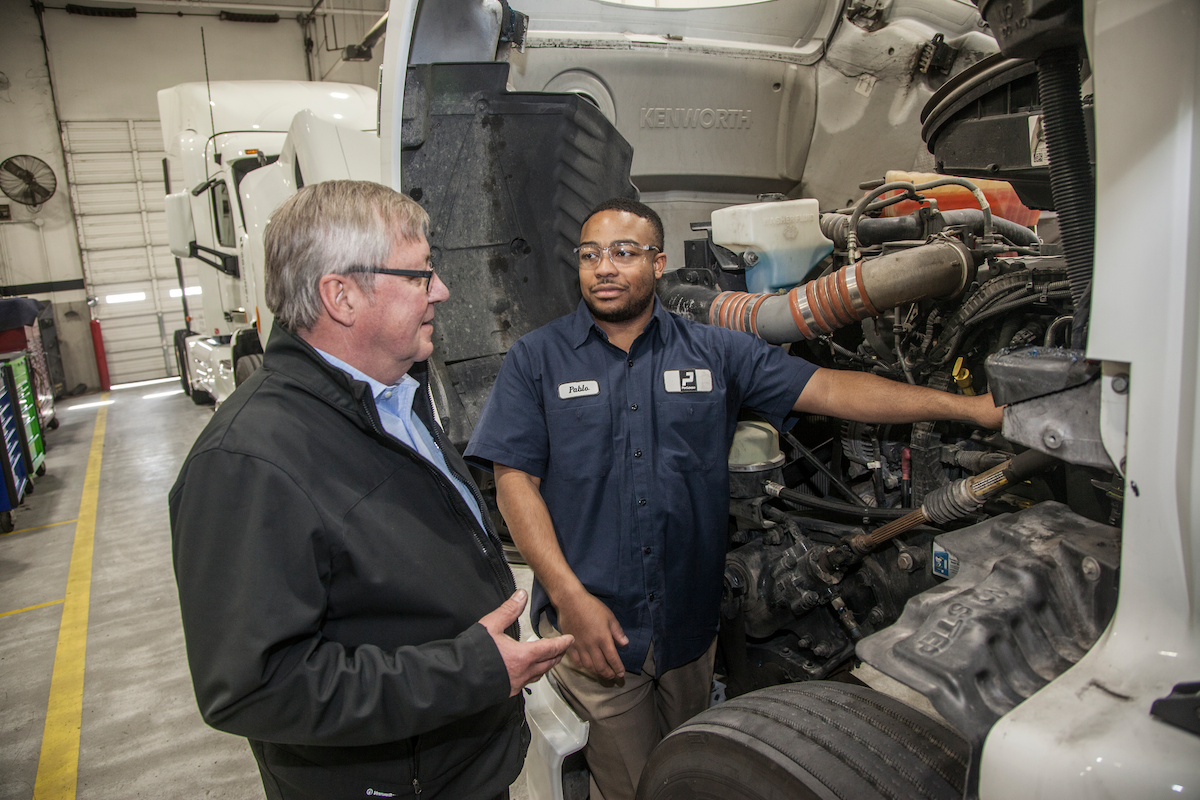 The last century was the Stone Age of heavy-duty truck diagnostics compared to the high-tech requirements for technicians working on today’s trucks. Diagnostic advancements are expected to grow this decade as trucking moves closer to its autonomous future, which will require more help from technology to help technicians keep pace with complex vehicle changes.

“Before 1990, a lot of techs could become very good techs just from on-the-job training — without a lot of self-education along the way,” Rick Tapp, maintenance manager of Paccar Leasing, told FleetOwner. “It was more mechanical then. And little by little, it has become all-electric. In today’s world, a technician can’t survive unless he’s on a continuous education program.”

Paccar offers its technicians ongoing training to keep up with the latest in diagnostics. While the COVID-19 pandemic has curtailed in-class training, the company has moved more and more training to online classes, which has expanded the availability to more technicians, Tapp said. He does 30 to 40 hours of technician training per year. “That’s just to keep myself familiarized with it, keep abreast of new things that are coming,” Tapp said. “And I do it so I can relate to techs or help them if they get into a situation that they need it.”

According to Tapp, the future of diagnostics is artificial intelligence (AI) and augmented reality (AR). He explained that Paccar began developing advanced diagnostics in 2015.

“We’re already using some AI in our diagnostics,” he said. “Paccar has built a system where we can drop in and download an engine, and it will tell us which fault codes to troubleshoot first. It stack ranks the fault codes that were in that download, and then it will tell us the statistical probability of what the failed part is.”

The Paccar diagnostics system continues to get smarter thanks to AI, which keeps track of all field repairs being done. After technicians in the field determine the fault code for a repair, they log the eventual fix. The diagnostics system takes that information and uses it to help solve future problems. “So, the more repairs we have, the better those statistics become,” Tapp said. 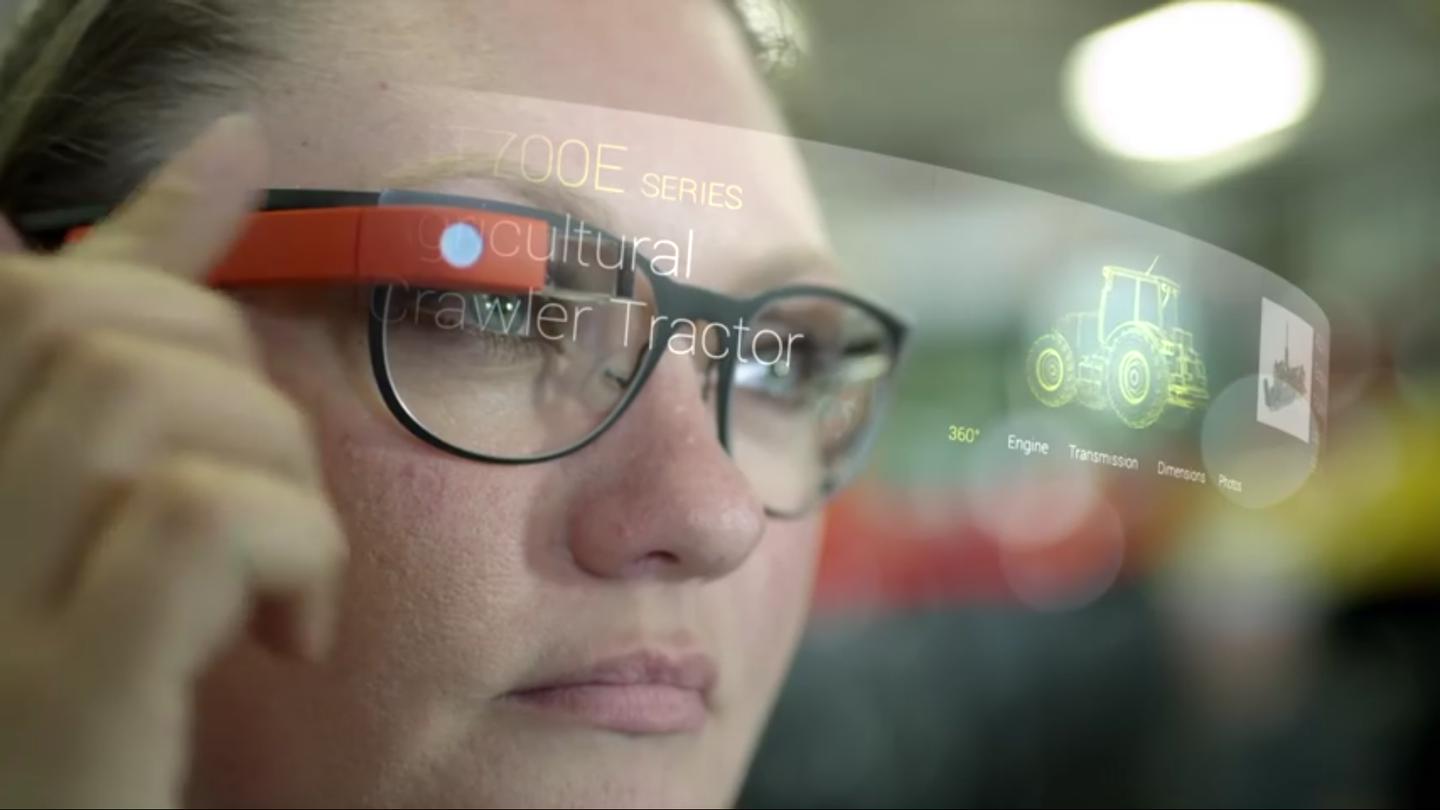 Shown here is Google Glass Enterprise Edition, which could allow a technician to broadcast what they are seeing to someone remotely while also viewing repair instructions, photos, and videos on the side.Photo: Google Glass

Tapp pointed out that the next step is bringing in AR, which allows technicians to see diagrams — and even get instructions on how to repair engines and other heavy-duty truck problems — superimposed into their field of view with high-tech glasses, or a smartphone or tablet.

AR glasses or headsets have slowly been changing how technicians train and work. But the expensive hardware has made entry into the futuristic diagnostics systems cost-prohibitive for some. However, more systems are now using smartphones and tablets for AR-powered repairs and diagnostics.

Matt Johnston, commercial solutions head of Design Interactive, told FleetOwner that these new technologies have created “the ability to see what I see: If you have a phone and you point your camera at the engine block or a tire, I’ll be able to see what you’re looking at.”

Using an app, a technician can point his or her phone at a truck and see an augmented overlay of supplemental icons and other information on the phone screen that updates as the phone’s camera moves.

“The AR allows me to follow a circuit from the headlight switch to the headlight,” Tapp said as an example. “So, I could see where the junctions are. I know where I can go to check the next point of continuity without having to guess or take the whole harness apart just to find a connector somewhere.”

The AR technology is more prevalent in the passenger car technician world, Tapp noted. “I think that kind of technology is going to creep into our world in the heavy-duty trucking side of it,” he said. “And we’re, in a lot of cases, already using things like tablets. If you’re involved in a complicated job, you can pull up work instructions on the tablet, have the tablet sitting in the windshield, and you can review the work instructions as you’re working on the engine.”

Simplifying the complexities of heavy-duty engines has become necessary as commercial vehicles have transitioned from mechanical to more electronic — with more sensors installed on the equipment, according to Bruno Gattamorta, vice president of sales and marketing for Cojali USA, which manufactures technology and diagnostic tools.

“Around 2007 is when everything [went] crazy with aftertreatment systems due to the EPA and greenhouse gas norms,” he said. “Now in 2020, everything seems to be electronic. You can even adjust the heater on the rearview mirrors and calibrate the AC.” 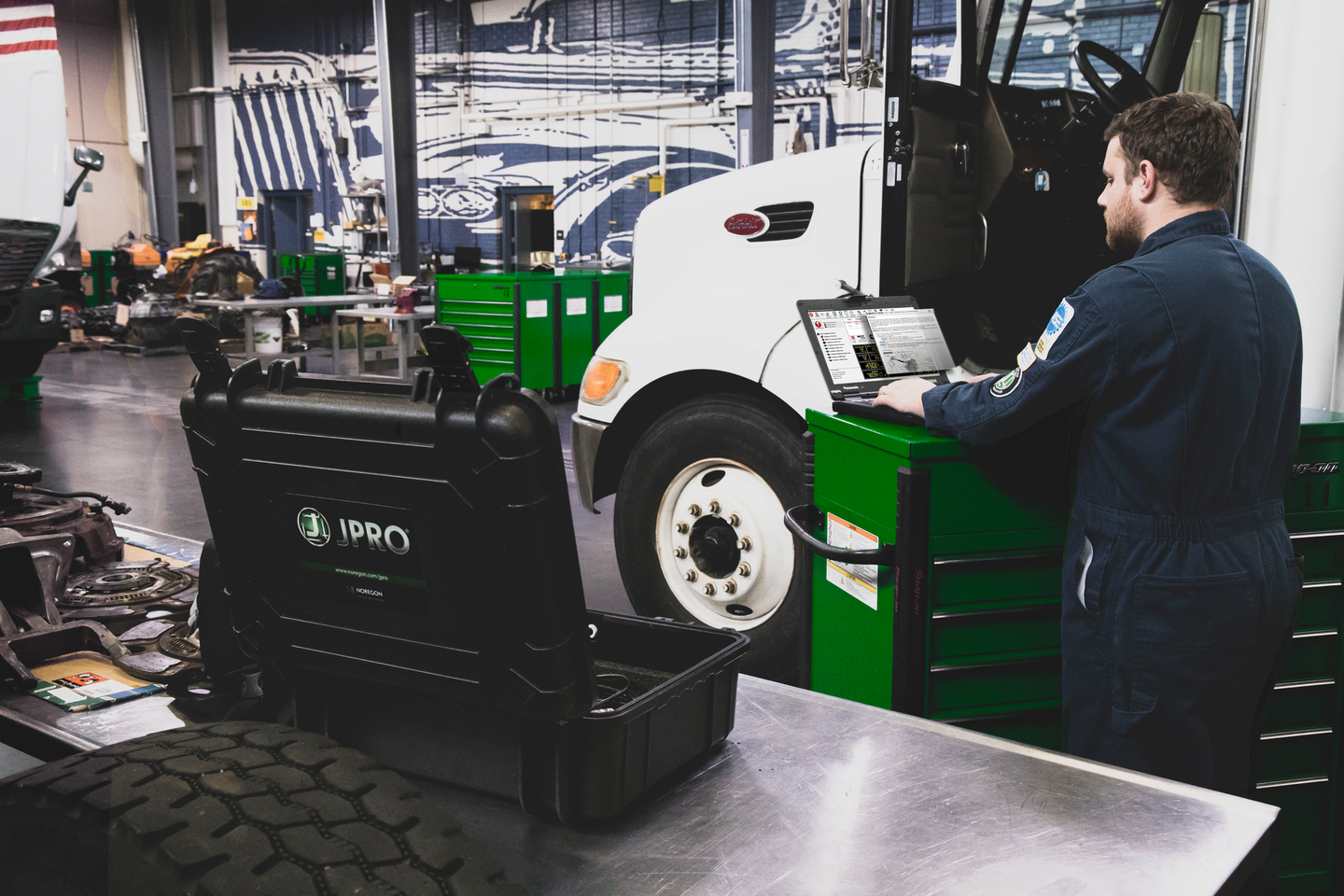 That increase in electronic control units (ECUs) has created a need for more vigorous diagnostic functions.

“As the number of ECUs on trucks has increased, the amount of complexity and data has also increased,” said Jason Hedman, product manager at Noregon, a provider of diagnostic, repair, and data analytic solutions. “That requires tools capable of helping technicians diagnose issues as opposed to simply providing basic fault code data.”

Tapp said AR and other virtual tools are becoming as important as anything in a technician’s toolkit.

“If you take a young person who just comes out of a vo-tech school or high school, the learning curve that that technician has to become a proficient, top-class technician today is astonishingly huge,” he said. “Absolutely astonishing.”

“It used to be that you could change a set of kingpins and put the truck back together and off you went,” Tapp said. “Today, just to change a tire, you have to recalibrate your safety systems.”

All of this has led to the needed growth in complex diagnostics, according to Gattamorta, who said being able to read fault codes is not enough for modern technicians. “Technicians also need information and technical specs like troubleshooting trees, wiring diagrams, component replacement guides, and so on.”

As the trucking industry moves closer to real-world advancements in automation, it is beginning to see new technologies that are prompting additional diagnostic needs.

“We are at the precipice of a world with automated vehicles, including commercial trucks,” said Chris Freeman, director of heavy-duty sales and training at Autel, a developer of intelligent diagnostics, detection, and analysis systems. “This industry has changed so significantly over the 30 years I have been in it. Now it feels like we’re kicking into hyperdrive over the next decade.”

This decade brings the promise of self-driving commercial vehicles. “The autonomous trucks are going to require such a sophisticated set of diagnostics,” Tapp said. “Those trucks are going to have to know when to shut themselves off and pull over to the side of the road right before they get into a problem — or even before they leave the terminal.”

That is a long way from the early days of heavy-duty diagnostics when trucks just had one data bus. Now they have at least three.

“Diagnostic tools have had to keep pace by reading data on all channels, outputting that data in an easily understood format, and simultaneously diagnosing all truck components,” Noregon’s Hedman said. “There was a transformation in our approach to diagnostics. We had to stop seeing the truck as a collection of components and begin treating it as a network of many computers and systems working together. This was the birth of holistic diagnostics.”

AR and AI can help solve these problems this decade, Tapp advised. AR can walk drivers through proper pretrip inspections, and AI can help predict engine and other equipment problems before they happen, which will increase the coveted uptime.