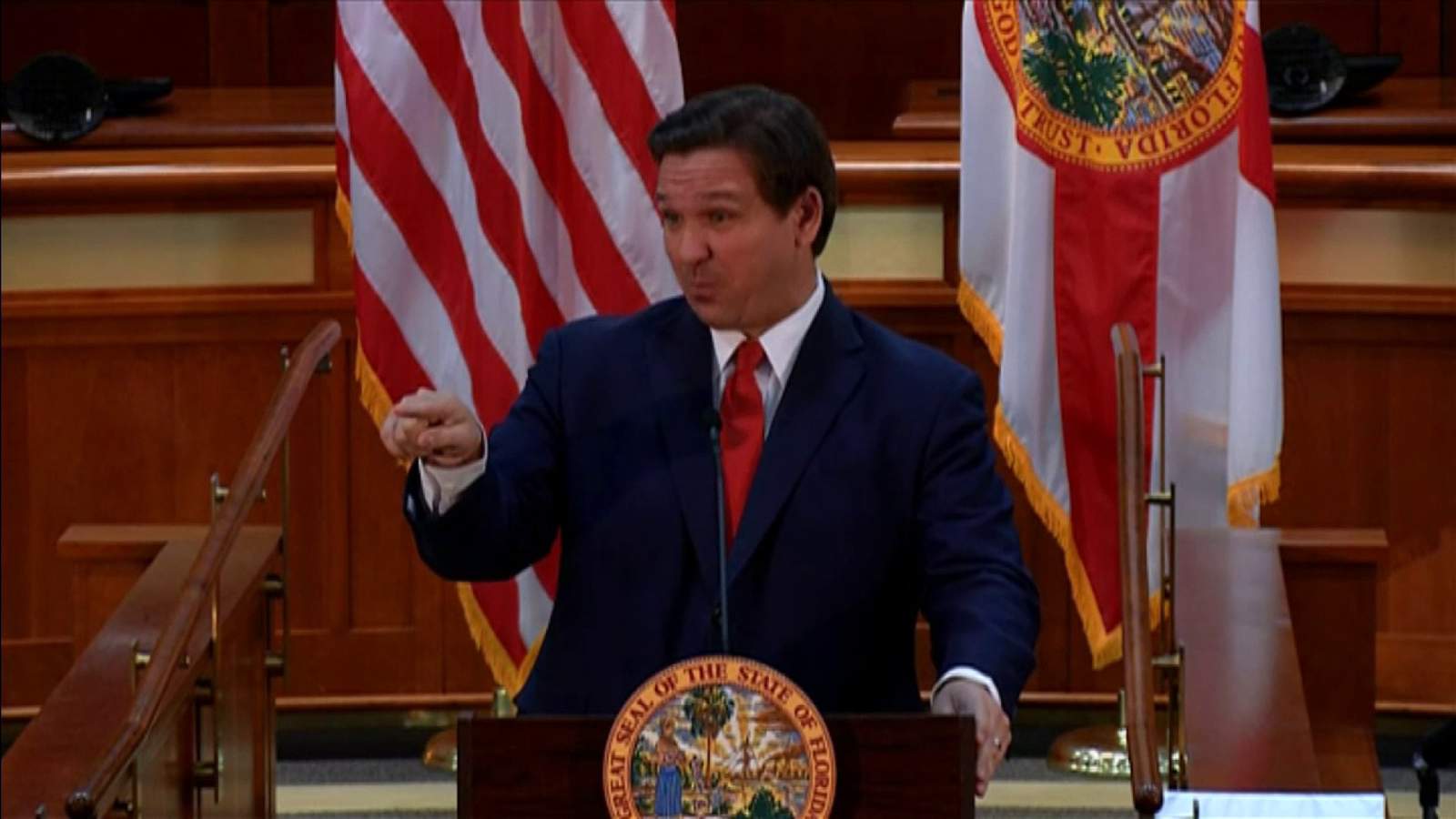 TALLAHASSEE, Fla. – Florida lawmakers, including Gov. Ron DeSantis, intensified their battle with Facebook, Twitter and Silicon Valley when they announced new proposals Tuesday aimed at reigning in platforms they accuse of squelching the free speech of conservatives.

“Over the years, these platforms have changed from neutral platforms that provide Americans to speak,” DeSantis said, “to enforcers of preferred narratives.”

Social media companies have been simultaneously praised and condemned over the weeks as they cracked down on hate speech and inciteful posts they deemed could threaten to foment further violence following the Jan. 6 insurrection at the U.S. Capitol.

Some 250 million Americans have profiles on social media, or about 4 out of every 5 people. Facebook and Twitter are ubiquitous in the lives of ordinary people. Those with substantial followings — including elected officials, celebrities and other public figures — have a platform at their disposal to amplify their messaging.

Conservatives have long accused social media companies and other tech giants of harboring bias against conservatives. Republicans in other states are considering similar bills meant to push back against social media giants who they deem as unfriendly to conservatives.

“Florida is taking back the virtual public square as a place where information and ideas can flow freely. We’re demanding transparency from the big tech giants,” state House Speaker Chris Sprowls said.

But the moves by Florida lawmakers may end up being mere political theater because it’s uncertain if the state would have the authority to act on companies with such extensive national and global reach. The president of the Florida Senate suggested the proper venue for such an undertaking was the U.S. Congress.

“The big tech companies have the duty to allow differing views on their public platforms. No one should be excluded. But let’s be clear: They are targeting conservatives,” Senate President Wilton Simpson said. He said it amounts to political censorship.

“There’s not much we can do as a state. But we need Congress to act on a nationwide basis,” he said.

Two weeks ago, a federal judge in Seattle ruled Amazon would not be required to restore web service to Parler, an online social media platform that mostly attracts conservatives and supporters of former President Donald Trump.

Amazon booted Parler off its web-hosting service five days after the Capitol insurrection — doing so, it said in court filings, as a last resort to keep Parler from being used as a venue to disseminate plans for disrupting government and last month’s inauguration of President Joe Biden.

But DeSantis, who has been a Trump loyalist, asserted that tech companies have gone too far.

“Big Tech has come to look more like Big Brother,” the governor said during a news conference at the Florida Capitol.

One proposal already introduced in the state Senate would force Facebook, Twitter and other social media platforms to give users a month’s notice before their accounts are disabled or suspended. The bill was filed after Twitter suspended Trump’s account after his supporters stormed the U.S. Capitol following a rally at the White House.

A new proposal expected to be filed Tuesday would prohibit companies from suspending the account of a political candidate and be subject to a fine of $100,000 for each day the account of a statewide candidate is blocked, or $10,000 a day for other office seekers.

The proposal would also allow consumers to the sue if they have been treated unfairly and would authorize the state attorney general to take on the country’s largest tech companies because of anti-competitive practices. Social media companies would be required to reveal how they became aware of any content they censor.

Last year, Trump went after Twitter with an executive order that would have limited legal protections accorded to social media companies. The president took the move after the company began fact-checking his tweets.

If Florida lawmakers proceed with their proposals, any resulting law is destined for the courts, said Darrell West, the vice president of governance studies at the Brookings Institution. Federal law currently shields internet companies from many legal challenges.

“We’re definitely at a boiling point. Most of these issues have come up just in the last year, as social media platforms have become more aggressive about regulating their own space,” West said.

“Facebook used to have a very libertarian stance, where people could say pretty much whatever they wanted on the site, and there was no risk of deactivating the account,” he said. “In the last year, with allegations of some people inciting violence, that has led some of the platforms to deactivate accounts.”

Copyright 2021 by WPLG Local10.com – All rights reserved. The Associated Press contributed to this report.