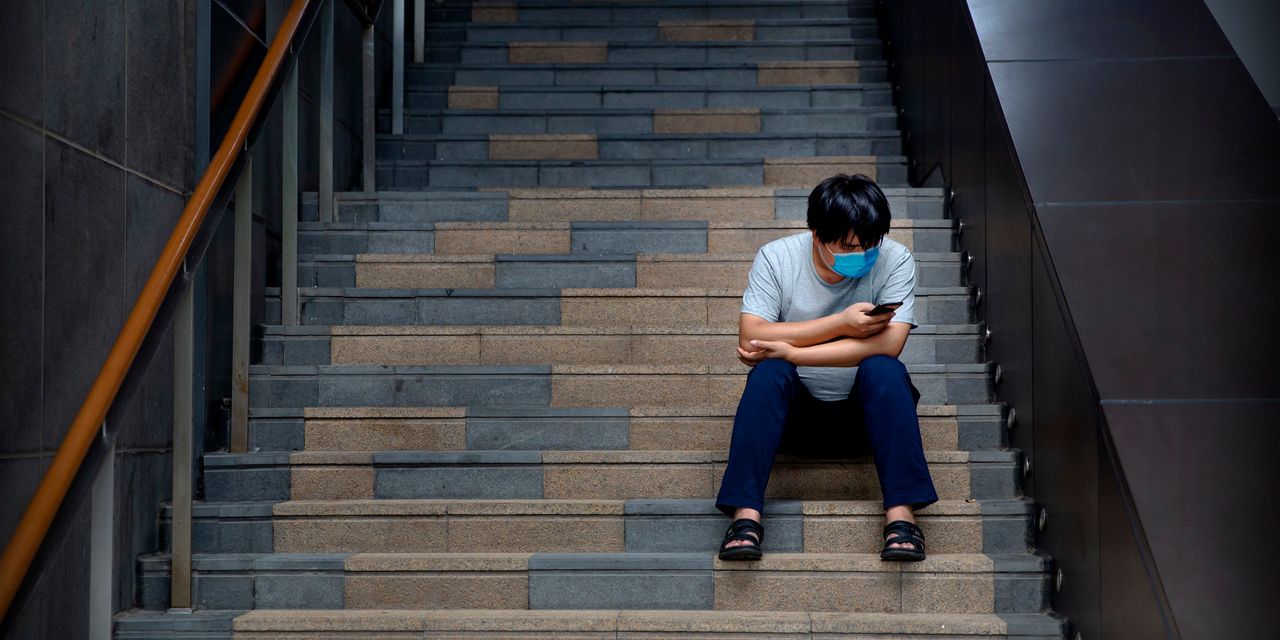 businesses aren’t the only ones under the regulatory microscope.

What started out as a government crackdown on anticompetitive practices among Chinese internet giants has grown into a broader effort to clean up how the country’s fast-growing—and, until recently, freewheeling—tech sector operates.

Not a week seems to go by without Chinese regulators calling out tech companies for alleged offenses ranging from inconsistent pricing to imperiling user privacy to difficult working conditions. In May, China’s cyber regulator accused 105 apps, including short-video and job-recruitment apps, of illegally collecting and using personal data. It ordered the companies to fix their problems within three weeks or risk legal action.

The directives came days after another 117 apps were told to fix user-data problems. Regulators have also met with ride-hailing services for potential mistreatment of drivers, while internet firms have been ordered to reform their data and lending practices. Authorities have also criticized delivery platforms over what they view as deceptive pricing tactics.

For tech companies, being summoned to meet with regulators signals to the public and investors that authorities are giving the firms a chance to fix their problems instead of launching official investigations, say people familiar with the probes. That has made some tech companies eager for their own turn in the hot seat, the people said, which has put a strain on investigative manpower.

China’s aim “is to nudge firms to comply with the regulatory demand without formal intervention,” said

an associate professor of law at the University of Hong Kong who authored a book titled “Chinese Antitrust Exceptionalism.”

China’s regulation of mobile apps previously concentrated on policing controversial or inappropriate content. It continues to crack down on such contents on social media—Xiaohongshu, a popular social-media and e-commerce app, is the latest to be probed by internet regulators after it posted a message on Twitter-like Weibo last week on the anniversary of the 1989 Tiananmen Square crackdown and had its account shut down, The Wall Street Journal reported. Meanwhile, the latest round of regulation targets a wider range of infractions, many of which had long been considered norms in a booming and lightly supervised industry.

China has one of the thinnest histories of antitrust regulation among major global economies and has historically used antimonopoly rules to curb the market influence of foreign firms. Domestic internet companies were largely left alone as China sought to nurture its own tech industry.

That started to change late last year, when financial-technology giant Ant Group Co.’s initial public offering was canceled days after its controlling shareholder, Mr. Ma, made a speech that infuriated government leaders. In December, China launched a probe into

In April, regulators imposed a record $2.8 billion fine upon Alibaba, determining that it had abused its dominant market position by engaging in “er xuan yi”—literally translated as “choose one of two”—a practice which forces merchants to sell exclusively on one platform or risk retribution from the company. Such accusations have dogged China’s e-commerce industry for years, resulting in public complaints and lawsuits, but little hard evidence.

over the same tactic. Meituan has said it would cooperate with the investigation and its business will continue to operate as normal.

“The government would like to send a very clear message to all of these tech conglomerates that it’s the government who is in charge,” said Mark Natkin, managing director of Beijing-based industry research firm Marbridge Consulting. “Any notion otherwise ultimately won’t be tolerated.”

The admonitions have so far stopped short of demanding complete corporate overhauls, other than for Ant. For some companies, placating Chinese authorities is a matter of tweaking some app features, while others could suffer more if much of their profits rely on data collection and sharing, according to employees of five of the app companies targeted by regulators last month.

Some employees said they have grown more cautious about compliance and anything that could be seen as going against regulation. ByteDance Ltd., whose short-video app Douyin was among those targeted for improper data collection, has been hiring compliance and legal experts, tasking them with reviewing user terms and various app features to check for rule violations, employees said. ByteDance declined to comment.

The Shanghai Municipal Administration for Market Regulation recently imposed a 500,000 yuan fine, the equivalent of about $78,000, against Alibaba-owned delivery app Ele.me for breaking China’s price- and food-safety laws. Alibaba didn’t respond to a request for comment.

in May relating to issues including allegedly misleading online claims, product quality and non-deliveries. Meituan and Pinduoduo didn’t respond to requests for comment.

How do you think China’s efforts to clean up the tech sector will play out? Join the conversation below.

Chinese regulators have also called on the nation’s citizens to help supervise the behavior of tech companies. Many of the recent warnings have been based on user complaints, according to the regulators’ announcements.

“These complaints have been going on for a long time and it was inevitably going to culminate in action to protect consumers and small and medium-size enterprises,” said

partner and head of Allen & Overy’s Greater China antitrust practice. “Where it’s quite impressive of course is that everything comes at the same time.”

China Clamps Down on Tech Companies

Related coverage, as selected by the editors

Didi didn’t respond to a request for comment. The company detailed its pricing mechanisms in a

post in May and thanked the public for its supervision and critiques.

Tech companies have responded to the reprimands with pledges to be good corporate citizens.

During a May 28 earnings call, Meituan Chief Executive

said the company had set up a team to cooperate with the regulators’ investigation and remains committed to social responsibility. Mr. Wang has donated shares worth 17.3 billion Hong Kong dollars, or the equivalent of $2.3 billion, to his personal foundation, a filing Thursday showed. The donation would fund projects related to education and scientific research, Meituan said.

said the company would set aside $7.7 billion to fund projects related to public welfare, rural revitalization and carbon neutrality, among other initiatives. The gaming and social media giant was singled out by regulators this year for issues including financial service risks and failing to properly report past acquisitions.

“If we leverage our technology and our products to deliver bigger social good, I think overall we will be better received by our users, by our customers, by the government and by our employees,” said

—Keith Zhai and Raffaele Huang contributed to this article.