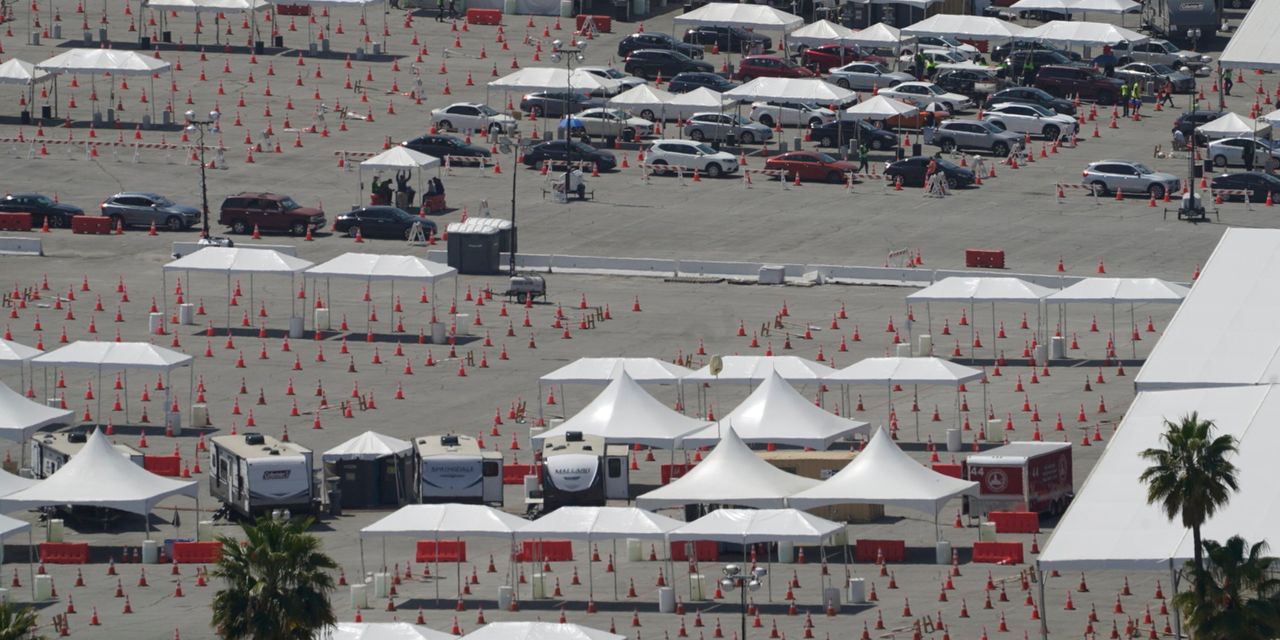 The world’s largest cloud companies are stepping in to help state and local health officials improve the process of scheduling Covid-19 vaccinations, as millions of Americans become eligible.

Google have each rolled out cloud-based platforms and applications in recent months, developed to tackle challenges in setting up and running appointment-booking websites and call centers.

The Morning Download delivers daily insights and news on business technology from the CIO Journal team.

Many of the applications lean on existing enterprise information-technology apps, such as business management and communications software. And some include automated call centers that leverage natural language processing technology developed for familiar virtual assistants, like Amazon’s Alexa.

Across the country, online public-sector services struggled in early 2021 to handle heavy web traffic and sudden surges in demand for vaccine appointments, which crashed websites and jammed phone lines, as people raced to nab available spots.

Most of the sites and call centers were initially built by state health or local government tech teams, according to the National Association of State Chief Information Officers, though online booking systems operated by

and other pharmacy chains have also experienced glitches.

Where many fell short was in supporting the massive scale needed to manage tens and even hundreds of thousands of bookings, while integrating diverse software systems and databases that supported different stages of the process, says Todd Schroeder, director of public sector digital strategy at Google Cloud.

Vaccinations in the U.S. are running at a pace of roughly 3.1 million a day over the past week.

That is where the cloud comes in, Mr. Schroeder said: “We have a unique experience in handling website traffic.”

In February, Google unveiled a purpose-built vaccine scheduling management system as part of its collection of Covid-response cloud services. Among other features, it includes virtual call-center agents powered by artificial intelligence, which can determine callers’ vaccine eligibility, get them registered and schedule appointments—in 28 different languages and dialects, Google says.

The system also handles online registration and pre-screening, location searches using Google Maps, and sets appointments, along with issuing automated reminders and other notifications. It then gathers data, such as patient identification, for on-site medical teams aiming to speed up the check-in process.

Because these and other functions operate in Google Cloud, the volume of data compiled in each step—and by millions of users—isn’t an issue, Mr. Schroeder said. In New York state alone, Google’s system has so far been used to check the eligibility of some 37 million people for vaccine appointments.

“We never would have been able to handle this on the legacy system,” Sandra Beattie, a member of New York state’s Covid Task Force and the state’s first deputy budget director, said in an email. “There were times we were handling terabytes of data in rapid frequency.”

Other state health agencies using all or parts of the systems include Oregon, North Carolina and Massachusetts, Google said.

In Washington state, a similar omnichannel system of web-based, mobile and virtual call centers developed by Amazon—and hosted in the Amazon Web Services cloud—was adopted by the state in March. It has processed more than 50,000 calls to date, said Taha Kass-Hout, director of the company’s health AI division.

He said the platform provides the same capabilities for websites, which take people through the entire scheduling process, right up to the vaccination location itself.

Other state customers include West Virginia, Rhode Island, Maryland and South Carolina, among others, according to a company spokesman.

Beyond the large cloud providers themselves, tech startups are leveraging the cloud-based tools offered by tech giants to develop their own vaccination platforms, offering their services to state and local health agencies.

Curative, a health-tech startup launched just weeks before the pandemic struck, initially used Amazon’s cloud tools as the backbone to offer Covid testing services. It has since expanded and now uses AWS to provide complete end-to-end vaccination services from the ground up—not only preregistration and appointment scheduling, but also the medical staff to administer the shots—working in partnership with state and local health officials.

“Building new software from scratch is not something your typical public-health organization is particularly equipped to do,” Mr. Turner said.