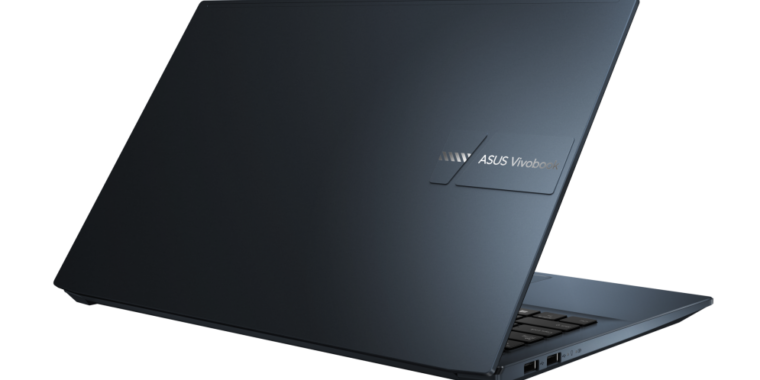 Asus’ latest machines aimed at creators offer the latest and not-so-latest Nvidia mobile graphics. Armed with newer tech, like an OLED panel with up to a 90 Hz refresh rate and 11th-gen Intel and AMD Ryzen 5000-series mobile CPUs, the Asus Vivobook Pro 14 and 15 OLED laptops announced today also have some interesting choices for graphics: either the current-gen RTX 3050 or the GTX 1650, a card that first debuted two generations ago.

The mobile GTX 1650 originally came out in 2019 with GDDR5 memory. But in 2020, as current-generation cards were virtually impossible to find at anywhere near MSRP, Nvidia released a new variant with GDDR6 memory, boosting bandwidth from 128 to 192 Gbps. At the time, Nvidia told PC Gamer that “the industry is running out of GDDR5.”

Other OEMs are also pushing GTX 1650 clamshells these days, including at even higher prices than those outlined in Asus’ announcement. For example, the Lenovo Legion 5 15-inch laptop also pairs 11th-gen Intel CPUs with a GTX 1650; it starts at a $1,200 MSRP. Meanwhile, HP’s Omen Laptop and Acer’s Swift X each have a current-gen AMD Ryzen 5000-series chip and GTX 1650 for respective MSRPs of $1,000 and $850.

The use of the GTX 1650 is an interesting, but not isolated, choice. It offers a lower-priced option for laptop shoppers who need more than integrated graphics. With a GTX 1650, you can run creative apps and most games, besides AAA titles, at low to medium settings.

Ars Technica may earn compensation for sales from links on this post through affiliate programs.

The ultimate buyers guide for laptops