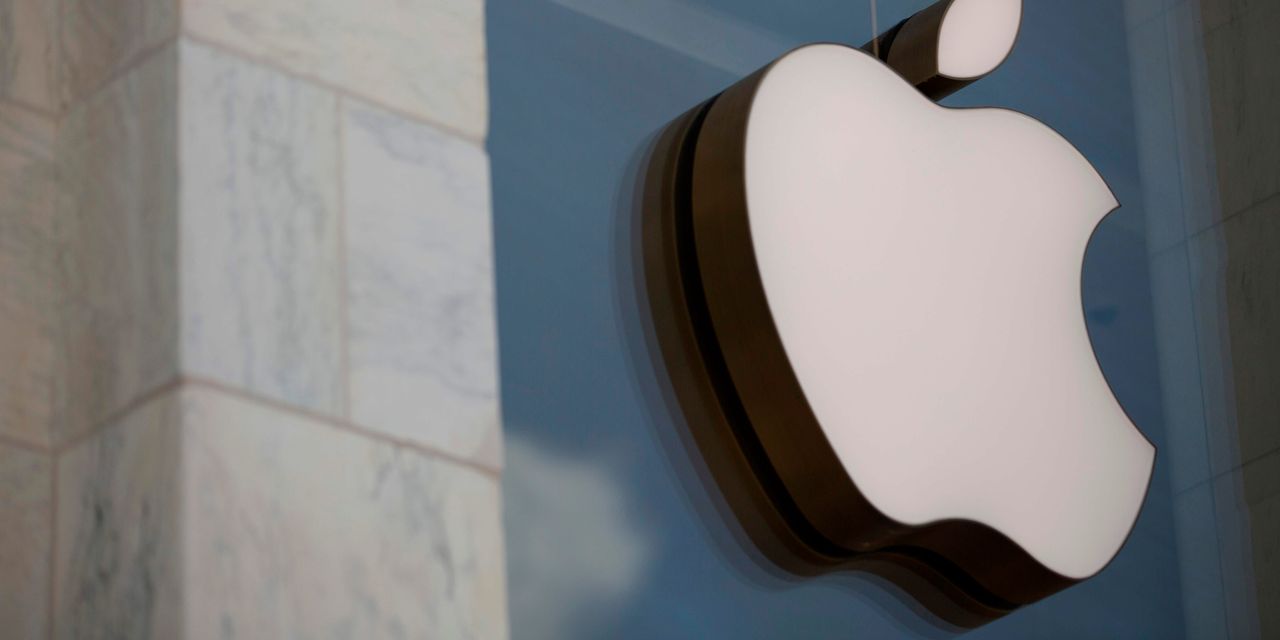 When companies as diverse as Twitter Inc. and Unity Software Inc. reported earnings this month, they had one thing in common: Fear and uncertainty over what Apple Inc.’s iOS update will have on their bottom lines.

The update includes privacy changes to the Identifier for Advertisers, which will give users the option of not sharing their data or having it tracked — a potentially debilitating deterrent to software developers like Twitter
TWTR,

to track users across their apps.

“Assuming the global pandemic continues to improve and that we see modest impact from the rollout of changes associated with iOS 14, we expect total revenue to grow faster than expenses in 2021,” Twitter said in a letter to shareholders Tuesday, in which the company predicted sales of between $940 million and $1.04 billion in the current first quarter.

“IDFA [is] going to require that our customers recalibrate much of what they’re doing related to their acquisition or monetization and their marketing strategies,” Unity Chief Financial Officer Kim Jabal told analysts on the company’s call, noting the gaming-creation-platform company expects IDFA changes to reduce its annual revenue by about $30 million in 2021.

Their united front vs. Apple
AAPL,

not only raises heat on the Silicon Valley powerhouse but also could feed into the Justice Department’s ongoing investigation as well as impact thousands of small businesses and startups nationwide.

— that are under scrutiny from a phalanx of investigative bodies over their business practices and vast influence in multiple markets. Antitrust experts jokingly refer to those under investigation as GAFA.

What is at stake spreads far beyond principal antagonists Facebook and Apple, and to thousands of small businesses who largely depend on Facebook and Instagram to target customers, Athan Slotkin, a business consultant and strategist, told MarketWatch.

“For small businesses, startups, and entrepreneurs, the first thing they think about in getting advertising is to go to Facebook and Instagram to reach a largest audience and target their message,” Slotkin said. “It [iOS 14] is going to force advertisers to diversify their advertising channels” and consider alternatives such as Google, TikTok, Clubhouse, and Triller, he added.

Facebook stands to be the biggest loser — missing out on up to $5 billion a year in advertising, Mike Woosley, chief operating officer of Lotame, a data-enrichment solutions company, told MarketWatch. What’s more, advertising partners in Facebook’s orbit, could lose out on hundreds of millions of dollars annually, he said.

With so much at stake, this earnings season has been framed as much by the daunting specter of iOS 14 as by thriving ad sales. Facebook Inc.
FB,
,
Snap Inc.
SNAP,
,
Pinterest Inc.
PINS,
,
and Unity Software
U,

all warned of the deleterious effect of the updated OS’s new privacy features.

“This dynamic is important for people to understand because we and others are going to be up against this for the foreseeable future,” Zuckerberg said during Facebook’s fourth-quarter earnings results on Jan. 27, echoing the concerns of Facebook CFO David Wehner.

For about a week, Facebook began showing a prompt on its mobile app that’s designed to convince users to allow ad tracking in preparation for the upcoming privacy change. This early data will show how the Apple privacy change might affect social network’s business ahead of the planned update in early spring.

Last week, the acrimony was echoed by Snap, Pinterest, and Unity.

“The opt-in rates from users will impact the extent of any headwinds that we see in the industry. And we’re keeping our eye on that,” Pinterest CFO Todd Morgenfeld said.

It could get worse for CFOs and the companies they work for. Growing evidence is that Apple is not alone in its new approach to revamping privacy settings on its updated operating system, says at least one Wall Street analyst.

Read more: Big Tech is turning on one another amid antitrust probes and litigation

Robert Baird analyst Colin Sebastian warned in a a recent note that Google could follow Apple’s restrictions for Android.

The concerns of CFOs notwithstanding, it is well within Apple’s rights to impose a privacy-heavy framework that plays to its business model while protecting the personal data of its customers, say legal experts.

“It’s Apple’s operating system. It’s Apple’s intellectual property. They can refine it as they please, and let the consumer ultimately decide.  So Facebook’s complaining is out of place,” Anthony Sabino, a law professor at St. John’s University, told MarketWatch. “Apple contends it is making these changes to improve — not diminish — consumer privacy.  Given that this is such a hot-button issue, Facebook could be seen as swimming against the tide favoring more, not less, privacy for consumers.”

To be sure, it should come as no surprise that Facebook is leading the criticism of Apple. Perhaps no other company has as much to lose financially and brand-wise as Facebook does — the latest consequence of a contentious, yearslong row with Apple over contrasting business strategies.

Apple has become the largest public company in the world by charging lots of consumers lots of money.  Conversely, Facebook is essentially an advertising company that doesn’t sell to consumers but shares their data with advertisers.

In thinly veiled comments aimed at Facebook with mentioning the company by name, Apple CEO Tim Cook last month told a privacy conference: “If a business is built on misleading users, on data exploitation, on choices that are not choices at all, then it does not deserve our praise. It deserves reform. Too many are still asking the question, ‘How much can we get away with?’ when they need to be asking, ‘What are the consequences?’”

Read more: Why Facebook is considering an antitrust lawsuit against Apple

Facebook’s argument is as motivated by politics and public relations as it is by bottom line, according to Vasant Dhar, a professor at the Stern School of Business and the Center for Data Science at New York University.

“It’s in their interests to keep users in the dark, that is, unaware of how they are being tracked,” Dhar told MarketWatch. “Most people are unaware of it. Apple is making a move in this space by consolidating its position as a champion of privacy, where their products speak for themselves, and their data is not monetized for advertising.”

Indeed, not every company dependent on advertising objected to iOS 14 during earnings season. Some, like Yelp Inc.
YELP,
,
have models in play that skirt the issue.

“It is only in modest impact [to us] because we have direct traffic that we show ads,” Yelp CFO David Schwarzbach told MarketWatch.