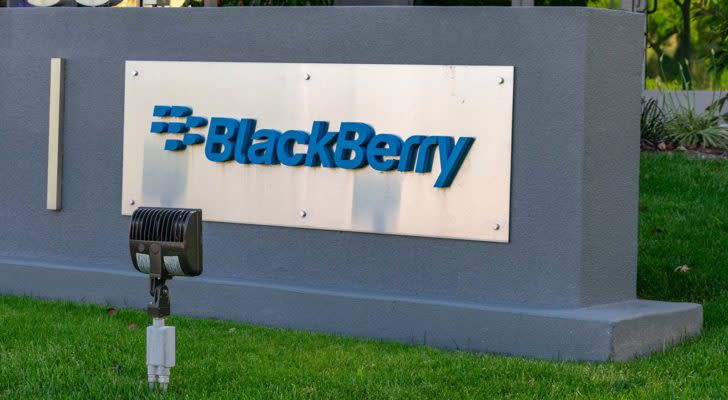 Editor’s Note: This article was updated to include information on Gluu Mobile’s merger.

There’s no doubt that the headline tech stocks have been guiding this market to new highs. The big ones are in all the major indexes for this very reason.

Are tech stocks really deserving of a place in the Dow Jones Industrial Average, when most don’t even build the goods they sell in the U.S.? Apparently they do, because there’s a lot of them in the 30 stocks that make up the index.

And they’re the same companies that make up big weightings in the NASDAQ 100 and S&P 500.

Of course, as the old saying goes, don’t fight the tape. But also, look for other opportunities. Smaller, lesser-known tech stocks are getting noticed as well. And as they gain shareholders they’ll gain capital to expand. Now is a great opportunity to get in on that growth.

The seven cheap tech stocks that I highlight below are exactly those kinds of stocks. And all of them have either “A” or “B” ratings in my Portfolio Grader. Let’s take a look:

Depending on your age, you either remember this device because you saw it as a youngster at the dawn of the mobile age, or you remember using one of the pioneers in smartphones.

This Canada-based company stormed into the market as mobile technology was rewriting the world. There were mobile phones that sold more, but few had the network security and reliability that this Canada-based phone maker provided. Its phones were supported by its network, and it was so secure that it was the go-to work phone for Wall Street and the players in Washington, DC.

It was a great device, and also as cool as the iPhone, with its physical QWERTY keypad. But then the iPhone came along with a slew of other touchscreen competitors, with apps and new designs, and Blackberry was left in the dust as a symbol of the past.

And as attention moved away, BB continued to do what it did best — securing networks. Recently, the stock was one of those stocks lifted from obscurity by Reddit group investors. But it’s a real cutting-edge tech stock with a lot of promise. And it’s even licensed its phone to a new manufacturer.

Basically, Ideanomics is a venture capital firm that focuses on promising tech companies that need capital to grow their businesses. Its biggest focus at this point is electric vehicles (EV), commercial electric vehicle funding, and batteries and energy storage. It also has a capital division that provides financial services using artificial intelligence (AI) and blockchain technologies.

The company has been of keen interest in the past year or so as ESG (environmental, social and governance) investing has ramped up on the institutional side, and electric vehicles have become very hot tech stocks.

IDEX is involved in EV work in both the U.S. and Asia, including with vehicles like electric tractors and motor bikes.

Launched in 2007, this social gaming company has been through both the Great Recession and the pandemic. And both of those events, as well as everything that has happened in between, has helped build this tech stock’s street cred.

We know how popular gaming stocks have become while we’re all remaining socially distant, here and around the world. And the same is true of games that are being played on social media platforms as well. ZNGA is the king in that sector.

It just released its Q4 numbers and reported record annual and quarterly revenue and bookings. Yet the crazy thing is, it hasn’t gone wild like most tech stocks.

What’s Cango? It’s the leading automotive transaction service in China. What does that mean? It links financial institutions to dealerships and customers to offer financing for vehicles.

As you well know, China’s growing middle class is playing catch-up in the car ownership world. And there are many players from outside and inside China looking for a foothold. But just like in the U.S., homegrown companies are usually favored by businesses and consumers alike for significant transactions.

Yes, niche gaming company Glu Mobile recently announced it will be acquired by Electronic Arts (NASDAQ:EA). But with the deal not set to close until the second quarter of this year, there is still time to get in on GLUU stock.

Glu Mobile has been around since 2001, after the tech bubble burst. And back then, its focus on mobile phones and tablets seemed a bit hopeful.

But no more. Most of the other gaming stocks have been late adopters of mobile gaming. GLUU derives much of its revenue with purchases from apps that are promoting products within its games. These are usually apps that are available in most major app stores. Some of the most well-know games produced by Glu Mobile are MLB Tap Sports Baseball and Covet Fashion.

Overall, Glu Mobile’s portfolio and potential are likely part of the reason why EA struck the deal. And it’s also why, even if the deal were to somehow collapse, GLUU is still a great company in its own right.

As one of China’s leading livestream gaming companies, DouYu has garnered a lot of attention as many American investors have looked to these types of tech stocks that are familiar to U.S. audiences.

Given the fact that whatever is hot in the U.S. is likely hot in China, and China has orders of magnitude more people, it makes sense that if gaming hot here, it’s even hotter in China and its region. There is talk that DOYU and another big player in the space may merge, but that hasn’t happened yet. And given Chinese authorities’ crackdown on anti-competitive moves by large companies, this could be delayed.

But that doesn’t change the fact that DOYU is a top Chinese tech stock that is seeing significant growth.

It has been an interesting journey for this India-based multination tech firm. In 1945, the company was founded as the Western India Palm Refined Oil Limited. It sold edible refined oils.

Over the years it found opportunities as India grew. It also began to partner with major U.S. corporations as the West became interested in India’s growing economy. By the mid-1990s, WIT was transitioning into a tech firm. By 2012 it had sold off most of its non-tech business divisions. And now it’s a multinational IT solutions and services firm with significant operations outside South Asia.

The stock has a $32 billion market cap, so it’s a good-sized player but the Indian market isn’t very open and few companies list outside the nation. There are only a couple of Indian tech stocks available in the U.S. But this is a solid company with a very broad base in growing markets.

The InvestorPlace Research Staff member primarily responsible for this article did not hold (either directly or indirectly) any positions in the securities mentioned in this article.

Louis Navellier had an unconventional start, as a grad student who accidentally built a market-beating stock system — with returns rivaling even Warren Buffett. In his latest feat, Louis discovered the “Master Key” to profiting from the biggest tech revolution of this (or any) generation.

The post 7 Cheap Tech Stocks to Hop On Now appeared first on InvestorPlace.